After Sleaze Roxx broke the news last week that guitarist Sam Bam Koltun was replacing Ace Von Johnson in Faster Pussycat while the latter was on tour with L.A. Guns, Von Johnson has posted a rather nice compliment to Koltun. 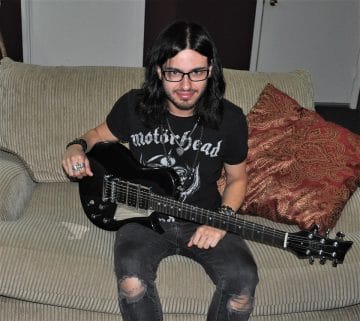 “Sam is doing a great job. He’s definitely the most talented guitarist to ever play with Taime, in my opinion. And even though no one asked me…. just thought I’d point out the obvious; bands sub members out all the time. I simply can’t be in two places at once. XO”

Back in March 2019, Sleaze Roxx predicted that Von Johnson would eventually be faced with the dilemma of having conflicting tour dates between his gigs in Faster Pusscyat and L.A. Guns. Sleaze Roxx asked L.A. Guns frontman Phil Lewis what would happen to Von Johnson when the two bands’ touring schedules eventually conflicted to which Lewis replied:

“Well, you’re going to have to ask Mr. Ace Von Johnson. I thought that we were doing an interview about the new record?” Lewis continued: “I don’t know, you know. He’s going to have to work it out. He’s real happy with us and we’re happy with him. I’ve always wanted — I always wanted him back in the day. He couldn’t do it because he’s an honourable guy and he had commitments. Things are a little more opened up now. Things have opened up a little bit more. We’ll see what happens. You know, there’s nothing… We’re not malicious about it. So far, he has not had any jeopardy but he’s really the person to ask you know if that arises.” Lewis then added: “I am pretty sure. I think we’re both pretty sure what his decision will be, don’t you?” 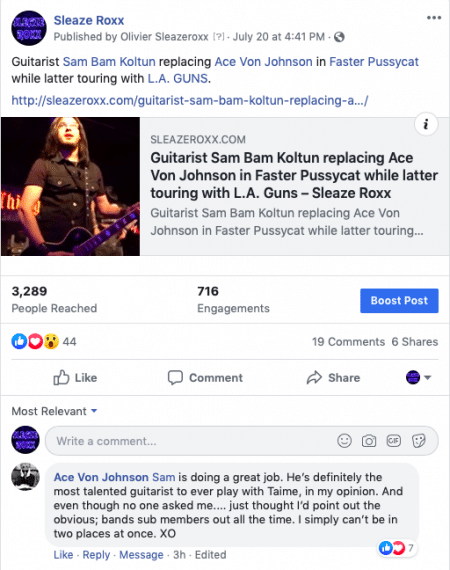