‘Across The Board’ film about producers Tom Werman, Michael Wagener and Beau Hill in the works

Great news for fans of ’80s hard rock and heavy metal music as a new film titled Across The Board from Varla Dogwood, which delves into the careers of legendary producers Tom Werman, Michael Wagener and Beau Hill, will be tentatively released in July 2019. 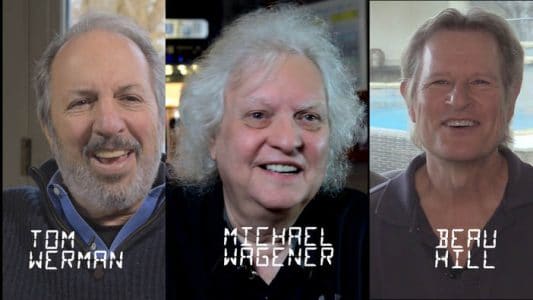 “As hard rock ruled the planet during the 1980s, a handful of producers and engineers toiled in the studio to help shape the sound of a generation.

While fans across the world know songs and albums from platinum-selling artists like Twisted Sister, Dokken, Skid Row, Ratt and Motley Crue, many don’t know the names of the producers that were behind these classic recordings. Across the Board delves into the careers of producers Tom Werman (Motley Crue, Poison, Twisted Sister, Cheap Trick), Michael Wagener (Skid Row, Metallica, Accept) and Beau Hill (Ratt, Warrant, KIX, Winger).

Packed with new interviews with each of the producers and artists with whom they worked, Across The Board celebrates a time when rock was king…and looks ahead at a new musical landscape devoid of record stores, big budgets and rock radio.

The film includes interviews with artists including:

And many more to come.

Across The Board trailer:

Across the Board Trailer

This is “Across the Board Trailer” by Varla Dogwood Films on Vimeo, the home for high quality videos and the people who love them.