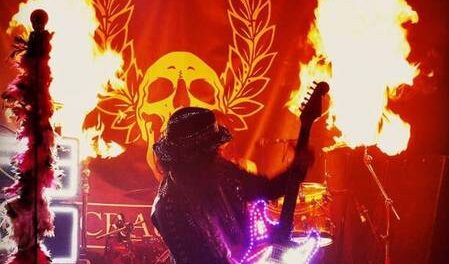 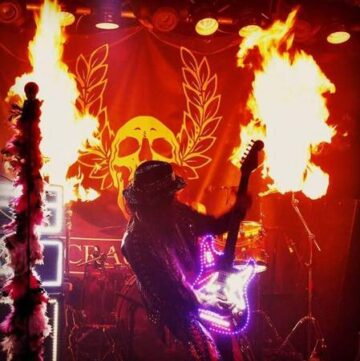 Back in early May 2019, rocker Adam Bomb was suddenly looking for new bandmates to continue his European tour. Bassist Kozzy Havokk and drummer Leo Cakolli answered the call and ended up touring throughout Europe with Adam Bomb until Covid-19 put an end to the trio’s plans. Adam Bomb was eventually forced to return to the United States of America andnow the rocker is getting ready to tour the US. Although Havokk will still be part of the adventure, Bomb is looking for a drummer for the US tour.

In the meantime, Bomb has already played a couple of shows in Mexico and has a couple more planned for the coming weeks:

“International 80s rock singer/guitarist Adam Bomb (Geffen Records) that has a history with KISS, Izzy from GNR, Hanoi Rocks, and has recorded with John Paul Jones of Led Zeppelin on his last solo album, made albums w/ Steve Stevens, Michael Monroe, and many other big name rockers, is looking for a drummer to do shows in LA, and possibly other cities in the USA this summer.

My bass player Kozzy Havokk and I are looking for a permanent US drummer. Not a mercenary. We’re looking for a band member that can hit like Bobby Chounaird, put on a show like Motley, don’t answer this ad if you’re an opportunist and are in a bunch of projects.

If you are that dude that just wants to rock like f*ck, hmu @ facebook.com/adambomb2020“