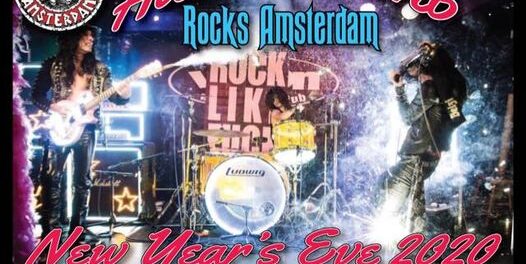 The Covid pandemic, that has been plaguing the world since mid-March 2020, has been especially hard on concert venues. Solo artist Adam Bomb is making a plea to have the apparent last rock club in Amsterdam, The Netherlands stay afloat. 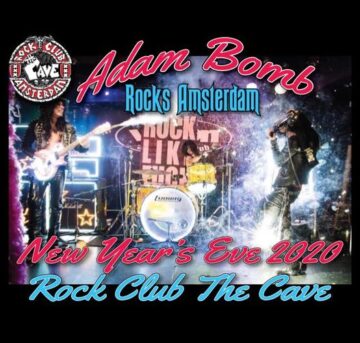 “Around 80 years ago, on a street called Prinsengracht in Amsterdam, a guy like me had to hide in an attic or risk getting shot on the street. 50 years later, because a lot of people risked and lost their lives to stand up to radical authority and defeat tyranny, I was able to walk down that same street with a joint in one hand and a guitar case in the other and walk into a bar and ask for a gig.

That rock bar is still there but it is in danger of being shut down, by tyranny. I cannot stand by let this happen for so many reasons.

I’m asking a personal plea to anybody who truly cares about what rock and roll stands for, to donate to this cause to raise 20k for The Cave and give them the support they need until next spring to ride out this storm caused by tyranny that hides behind the tiny face of microbe instead of a dictator.

Amsterdam was known as the most free and liberated city in Europe. It was a town every American pot smoker dreamed to visit. Although things have changed since the guilder, the heart of the Dutch rock people remain in tact. If those principles are completely lost, then it will spread through Europe worse than a virus and shut down rock bars one by one because Amsterdam is the gateway to Europe. It’s always been and always will be. Probably since the dawn of western civilization. It seems like history is finding a new way to repeat itself. Rock and roll cannot be a casualty of Covid-19 because we are the cockroach that can survive a nuclear bomb. Don’t sit back and watch it happen when there is something you can do about it.

It doesn’t take much to keep it going, in fact it takes very little to keep it alive but it does take something.

If in 2025, you find yourself in Amsterdam, and gone are the coffeeshops and bars like what happened to Warmoestraat if anybody remembers what Amsterdam used to be like, and not one bar exists that you can go hear KISS and have a beer and a joint a 2 AM, then God help the Dutch and every rock and roller on the planet that ever dreamed of going to Amsterdam to rock.

Please click on this link an donate something. With your help we can keep the only heart of rock and roll in the great city of Amsterdam beating and keep our rock and roll blood flowing across Europe.

Rock bars need to start holding secret private gigs like the one I just did in Baltimore in the USA and not be so afraid of bullshit because we always been the underground.

Thank you and god bless every rocker on the planet.