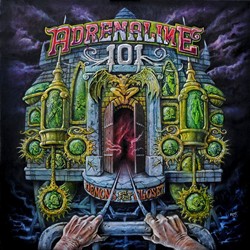 Swiss rock band Adrenaline 101 have signed a worldwide deal with Fastball Music for their second album ‘Demons In The Closet’. The album will be released in June 2013 and can be previewed in the music section at www.adrenaline101.ch.

The awaited sophopmore effort features their signature type of raunchy rock n’roll combined with modern elements. After supporting their debut album ‘Twelve Step Program’ in 2010/11, the band found themselves at a point in which they wanted to grow as a band as well as songwriters. In Ralph Zund a producer was found who not only encouraged them to redefine territories but also understood what the band is all about: Being a gang and going all the way together in order to write and perform on a high energy level.

In a musical world where ‘flavor of the week’ is the main agenda, Adrenaline 101 stands out as a no compromise, fist in the face act with everything to prove and nothing to lose!