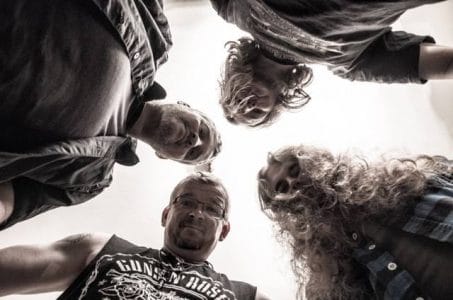 German rockers Adrenalize have released their first ever music video for their song “Sirens Cry” from their self-titled album, which was released back in October 2015.

Sleaze Roxx stated the following in its review of Adrenalize: “I was expecting to hear some ’80s hair metal music from Adrenalize when I started playing their album simply based on the record cover featuring a woman’s legs in fishnet stockings and knee high boots along with a guitar and a big amp. However, Adrenalize are quite far from the ’80s hair metal fare and really play an enjoyable brand of classic hard rock. Although Adrenalize‘s self-titled debut album came out in 2015, the music and vocals on it sound a bit dated or at least seems to incorporate a lot of ’70s rock sounds… If you like high pitched vocals with a real classic rock sound, Adrenalize will likely be just what you are looking for. The first three songs on Adrenalize are all quite good with lots of great melodies and a consistent pace throughout.”