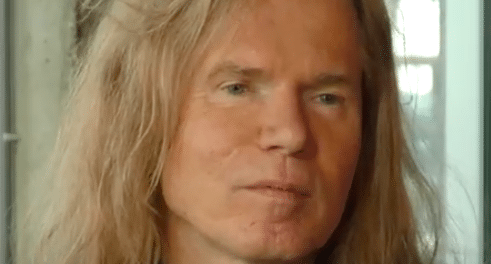 Adrian Vandenberg was asked how come he hasn’t worked with Whitesnake frontman David Coverdale since 1997’s Restless Heart album to which the guitarist replied (with slight edits):

“After Restless Heart, David was originally planning to retire and then he decided to make a comeback with Whitesnake. By that time, my life had changed… in 1999 my girlfriend at that time… we are not together anymore… gave birth to our daughter. When we split up three years later, it was difficult and I didn’t want to be one of those dads who go on tour and see their child two 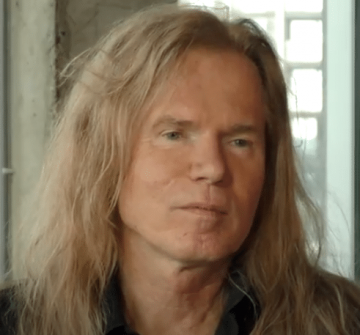 or three times per year. So, I decided instead to stay in Holland and catch up with my painting and before I realized thirteen years have gone by! It was time for me to start playing again. But initially when David asked me if I wanted to work with him in 2002-2003, I couldn’t be part of Whitesnake at the time. Then I focused on Moonkings and now I want to focus on Vandenberg. It’s a matter of bad timing… that’s all. Lots of people are asking but… you never know!”

You can read the rest of the interview with Adrian Vandenberg at Rock Pages‘ website.

Wikipedia states the following about Adrian Vandenberg‘s time in Whitesnake (with slight edits):

“Adrian van den Berg was originally approached to join Whitesnake in the early 1980s, having impressed David Coverdale with not only his guitar skills, but also with his songwriting talent and his ability as a band leader. He initially declined, due to the success of his own band Vandenberg and their Top 40 hit, “Burning Heart.” By 1986, however, with pressure from the record company to become more and more commercial and their success hitting a plateau, he relented and finally disbanded Vandenberg, agreeing to join Coverdale in Whitesnake. Initially he was hired as a session musician, helping to complete their eponymous album Whitesnake (known as 1987 in Europe) after a mass-firing of the original band members by Coverdale. He contributed the solo to their No. 1 hit “Here I Go Again,” but guitarist John Sykes played all of the other lead and rhythm guitar on the album.

After an extremely successful world tour and extensive airplay for their 3 videos on MTV, van den Berg co-wrote all of the music to the follow-up album Slip of The Tongue. Injury prevented him from recording for the album, so Coverdale enlisted Steve Vai to record both lead and rhythm guitar. Van den Berg was sufficiently healed to play with the band, in a dual-guitar role alongside Vai, for the tour supporting the album. After Whitesnake was disbanded in 1990, he returned as part of other Whitesnake incarnations such as the 1994 Whitesnake‘s Greatest Hits reunion/tour. He once again co-wrote the songs for the 1997 album Restless Heart with Coverdale. This time, he played all of the guitars on this stripped-down, bluesy album, turning away from his well-known rock/metal neo-classical chops and towards his original main influence, Jimi Hendrix. He also collaborated with Coverdale on the Whitesnake unplugged acoustic album, Starkers In Tokyo.

He has since returned to painting and is an accomplished airbrush artist, having created the cover art for both the Heading For A Storm and Alibi albums.

When Whitesnake played in van den Berg‘s home country, the Netherlands, he made a “surprise guest appearance,” doing so at the June 2008 Arrow Rock Festival in Nijmegen, where he joined the current line-up for a performance of “Here I Go Again”. He also played with them on the Sweden Rock Festival in 2011 along with Bernie Marsden.”