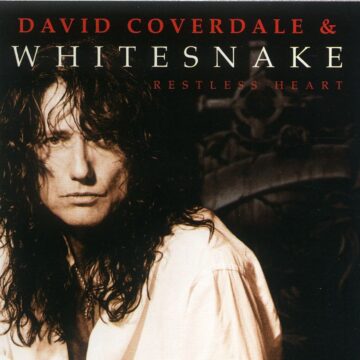 “The only tracks I’m on there are “Always The Same”, which was a track on The Rock Album that hadn’t been released on Flesh & Blood (2019). So, a new track – which was cool, as it’s something that I co-wrote with David [Coverdale], and it was fun to have that out there and heard. And then, all the other songs that I’m the part of are the tracks from the Restless Heart album (1997), where I enhanced what Adrian Vandenberg had played on – I just reinforced his tracks. So these are the ones; I’m not on ones from, say, Slip Of The Tongue and stuff like that. I’d say it’s like a two or three tracks from each (album) of the trilogy.”

With respect to what he thinks are his strengths for songwriting and how they complement Coverdale‘s writing, Hoekstra opined: “That’s a hard one to answer. I mean, I’m pretty quick and I can write harmony and melody quickly, so chord progressions and riffs and melodies… I understand how they work off each other and I can move pretty quickly, which David likes to do. So that’s one [example], and that we both like to work quickly and not over-write songs or think too long and hard about how to make them too complicated.”

You can read the rest of the interview with Joel Hoekstra at Hard Rock Haven‘s website.