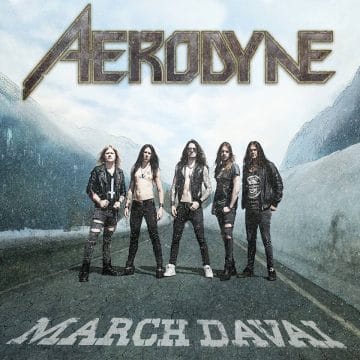 bassist Thomas Berggren and drummer Christoffer Almqvist have released a video for their new track “March Davai” from their upcoming new album Damnation, which will be available via Rock of Angels Records on October 18, 2019.