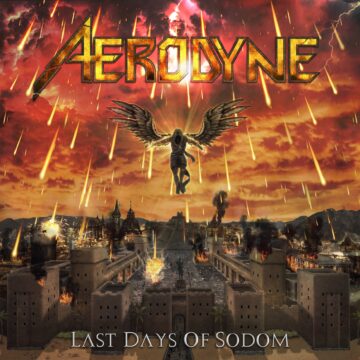 While “Damnation” (2019) had its dark twists and turns, it remained youthfully rebellious. But “The Last Days of Sodom” does not want to play. It wants to hit you, growl at you, rip its clothes off to show you how ugly it really is. Every song is about things that fall apart. Collapse. Lies. Ruin. There is no glamour, only rage and nihilism that strains its very being at every direction. Both heavier and faster. More apathy yet more emotions …and it is very near and dear to Aerodyne.

“Last Days of Sodom” will be released on April 22, 2022 as digipak CD and digital streaming and download format.”