Aerosmith‘s 74 year old frontman Steven Tyler‘s battle to stay sober continues as the band announced that the singer has entered a treatment program that has forced the group to cancel its first set of Las Vegas residency dates this coming June and July. Back in March of this year, Aerosmith had announced that they were resuming their Deuces Are Wild Las Vegas residency at Dolby Live at Park MGM in Las Vegas, Nevada, USA. The tour resumption was supposed to kick off on June 17, 2022 with 23 other shows booked through December 11, 2022. 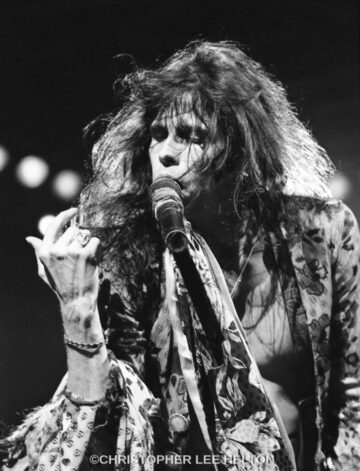 “As many of you know, our beloved brother Steven has worked on his sobriety for many years. After foot surgery to prepare for the stage and the necessity of pain management during the process, he has recently relapsed and voluntarily entered a treatment program to concentrate on his health and recovery.

We are truly sorry to inform our fans and friends that we must cancel our first set of Las Vegas Residency dates this June and July while he focuses on his well-being.

We will continue our 2022 dates starting in September, and we’ll let you know any further updates as soon as we can. We are devastated that we have inconvenienced so many of you, especially our most loyal fans who often travel great distances to experience our shows.

Thank you for your understanding and for your support for Steven during this time.

If you purchased your tickets via Ticketmaster, you will be refunded and will receive an email shortly with details, otherwise please contact your point of purchase for information on refunds.”

Wikipedia states the following about Tyler‘s struggles with addiction (with slight edits): “Tyler has publicly acknowledged his struggles with drug and alcohol addiction. In a 2019 interview, Tyler recalled: “‘There was a moment in ’88 where management and the band pulled an intervention on me. They thought, “Get the lead singer sober, and all our problems would be over”…I am grateful and owe a thanks to them for my sobriety'”. Tyler added: “‘I have had many times in my life where I just couldn’t handle — whether it was a marriage or my addiction had reared its ugly head — and the rest of the guys in the band are not unlike that. But we have all seen each other through it, and we are here today'”.”