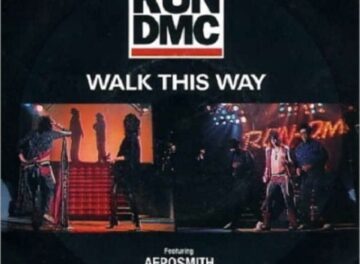 Perry was asked what has been the most surprising and gratifying thing for him during his nearly 50 years in Aerosmith to which he replied:

“Well, you know, looking back, there’s a lot of things that we did that were firsts, you know what I mean? First of all, coming back as strong as we did, because just having the 70s under our belts would have been enough for any band. I mean, in the late 60s, bands had a great record or two, and then they were gone. So just keeping things together for that long was like treading on new ground. By the time the 80s rolled around, a lot of bands drifted away, and we were one of them, we melted down, and we split up for a while, but then we came back. Not only did we come back, but we came back bigger and stronger than in the 70s, and that blew everyone’s mind, and it still blows my mind that it happened. 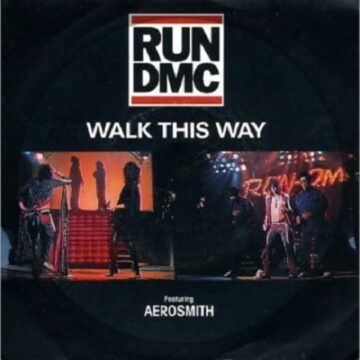 And then, of course, one of the biggest things was doing the Run-DMC thing, and again, it was kind of like just getting the phone call, “You want to sit in with the guys, maybe cut the song?” They had been using the drum track for their songs, and their rhythms are off of the drums. They were taking a lot of rock, and sampling it with the kick drums and stuff. It just so happens that Rick Rubin had said like a couple of months before, “You know, ‘Walk This Way’ was kinda like proto hip-hop,” and it was. We looked at it, and said, “Okay, I hear that with the rhythms.” Steven always wrote his lyrics to kind of accentuate the rhythm, and he used the sound of the words as a part of the rhythm, and I think that was part of what made “Walk This Way” as funky as it was. When we went in, we didn’t know if it was even going to go on the record. That track was one of the last tracks they did for the album, and it ended up on the record, and it was a huge hit and gave “Walk This Way” a new life.

It was fun going down there and recording with them, and when they said, “It’s gonna go on the record. Do you want to do this video of you guys playing, and then you break down a wall, and we’re side by side?” We said, “Yeah, let’s do it,” that was pretty amazing. It was amazing because it really did break down walls. At the time, I don’t think that they were any minority acts on MTV, except for Michael Jackson, up to that point. If there was, it wasn’t a lot, and I think it definitely opened some doors, and I’m really proud of that. I’d like to say we planned it, and that we knew that it was going to happen, but we didn’t. I’m just glad it was Aerosmith and Run-DMC that did it. It was a lot of fun, and we’ve been friends ever since. It’s just another one of those things that people maybe don’t think about when they think about Aerosmith, but there were a lot of those kinds of moments. 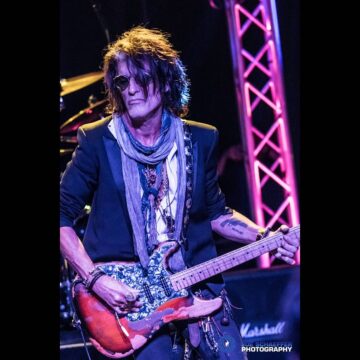 Another special moment was playing the Marquee Club with Jimmy Page in ’90, which was a big thing for us. We played some Yardbirds songs, we played Zeppelin songs, and then Jimmy came up and played Aerosmith songs with us. And then the next night, we went out and played Donington with Jimmy, and that was huge. It was a huge moment, and they did a recording of the show for video. It’s those huge moments we loved the most, and that’s the kind of stuff we’re going to be putting out and releasing over the next couple of years to celebrate fifty years of Aerosmith. There are those kinds of things, where you look back, and you go, “Holy shit, we really did that.” It’s incredible to look at what we’ve done because I still remember sitting on a water bed, writing our first song after listening to Led Zeppelin IV, and that’s when we write “Movin’ Out.” We were still kids in the garage, so to speak, just like thousands of others, trying to make our mark, seeing what others were doing, and thinking, “Wow, I think I can do that too.”

Anyway, that’s the stuff, and looking back at it, I’m just amazed. I’m amazed that we’re still we’re able to do this. Even now, we’re doing this Vegas thing and bringing rock ‘n’ roll to the strip and carrying on the tradition. With Vegas, there’s a lot that goes into it, but once the music starts, it’s a rock ‘n’ roll show. There’s a lot of bells and whistles, and when we were trying to figure out what kind of show to put on, a few people said, “Well, maybe you can play a song or two, and then you could talk about how you wrote it, and then we could show some video, and then you could play some more songs, and then you can talk about those, and then we can go through the years.” We just looked at them and said, “No, I don’t think so.” We’re a rock ‘n’ roll band, we don’t wanna sit up there talking, and once the music starts, once we hit the stage, it’s got to be rock ‘n’ roll. Like I said, we can add some ramps, add some lights, and some flash and stuff, but it’s still got to be about the five guys burnin’ it up.

We’ve managed to have some movement in there so every show was isn’t the same. Sure, the production is pretty much the same, but within that framework, we change stuff around. We’ll change the set on the spot, and sometimes even during the show, and not many Vegas shows do that. Most Vegas shows have a routine, they do the hour, and that’s it. But we didn’t want to just go in there, take our regular set, and just trim it down to one hour. We wanted to go in and make a statement, and so far it’s worked. It’s a lot of fun to play there, and it’s been very gratifying, and it’s just another thing that Aerosmith has done that will always be special. So, we’ve got two more this year, and then we’ll be planning next year. We aren’t stopping, and we’ve got a lot of special things planned to celebrate fifty years. I miss traveling, and I’m looking forward to what’s to come.”

You can read the rest of the interview with Joe Perry at Vinyl Writer Music‘s website.