Aerosmith‘s frontman Steven Tyler will be releasing his first solo album titled We’re All Somebody From Somewhere via Big Machine Records on July 15, 2016.

The album, co-produced by Tyler with roots master T Bone Burnett and mainstream hit-makers Dann Huff, Jaren Johnston and Marti Frederikson, will feature 15 new songs including his first two country singles, “Love Is Your Name” and “Red, White and You,” as well as an all new, “darker, countrified” version of the Aerosmith smash “Janie’s Got a Gun.”

The LP will mark Tyler‘s first solo project away from his Rock and Roll Hall of Fame bandmates, and the singer says co-writers like Chris DeStefano, Rhett Akins, the Warren Brothers and Hillary Lindsay — as well as Nashville itself — have already left their mark on his artistry.

“I believe y’all are gonna listen to this stuff and you’re gonna agree with me that it fell from a star,” he said. “I had nothing to do with this shit, it’s just Nashville. There’s something so magical about this town and me writing with all these people.”

Reminding reporters that he grew up country on a family-owned acreage in New England and had a special love of the Everly Brothers, Tyler says he took pains to make his new music as authentic as possible, keeping the recordings stripped down and insisting on minimal vocal takes, while featuring steel guitar, mandolin and above all, melody.

“Country music still plays stuff with melody, I have a sorcerer’s grasp of melody, I like to think,” he explains. “I’m a freak for that so thank God they’re still playing it in country, and I think they’re gonna be all over songs like ‘Only Heaven’ and you guys are gonna be surprised.”

Tyler‘s 19-city tour, backed by the Nashville-based band Loving Mary, kicks off at the Venetian Theatre in Las Vegas and will be called Steven Tyler… Out on a Limb, which the star says is the perfect way to describe his new career path, and his view of life in general.

“I just have this crazy passion and love of life, and I’m always speaking out of turn and out of this and out of that,” he said. “[People will say], ‘You’re out of your mind.’ Well, good. I’d rather be out of my mind than that place you’re in, I would say to these people.” 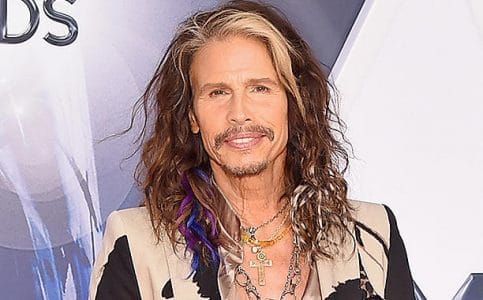 The show is conceived as an overview of Tyler‘s whole career, from his early days in Aerosmith to today. Fans will hear tales from his tumultuous past alongside the stories behind his songs – the classics and the new ones – and since the performances will be held in small to mid-sized theaters all around the country, he’s looking forward to personal, intimate interaction with the audiences.

“The last time we did small venues was at the end of that first run of Aerosmith, about ’81, ’82, ’83,” he recalled. “We started going down, the band started breaking up. . . [But] I always loved them. I prefer them. I like to look out and everybody’s close, as opposed to [a crowd of] 20,000 when there’s the barricade and they keep everybody back, going, ‘We need a fire lane!’ I’m going, ‘What the fuck? I can’t see or feel the people.

“It’s a very living-room thing to play small venues, it’s a little more personal,” he continued. “I get to talk to people and be up-close and personal, and tell them how the music business is a dark trench, a dark, dirty, money trench. [Laughs] And talk about where I get my inspiration from and talk about the new songs on the record and get to play, finally, songs that we couldn’t because the record will be out by then.”

You can read the entire article/interview at Rolling Stone.

Steven Tyler – Love Is Your Name