Portuguese rockers AFFÄIRE have announced that they have begun recording Neon Gods, which is their follow-up album to their debut album At First Sight. 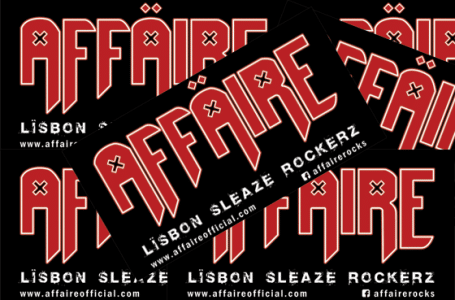 AFFÄIRE‘s press release states in part: “Right now, details such as a release date or label involved are yet to be defined. However, more sooner than later the band expects to be able to share more info on “Neon Gods” as well as studio updates so you’re invited to check out the work in progress that has just began, by following the band’s official Facebook page…”

Sleaze Roxx stated the following in its review of AFFÄIRE‘s debut album At First Sight: “It’s always a good sign if within a few seconds, you know you are going to like a band. AFFÄIRE play the kind of ’80s friendly glam and/or sleaze metal music that is easily what I want to hear. It feels that the band is serving up my favourite comfort food with the guitar tuned just right. Portuguese rockers, AFFÄIRE, are certainly not reinventing the wheel with their debut album At First Sight but at the same time, I am having a hard time coming up with the name of a band that they exactly sound like.”