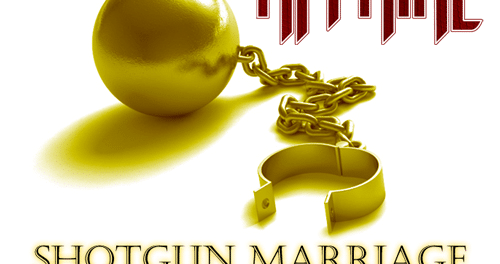 Portuguese sleaze rockers AFFÄIRE have released a new song “Shotgun Marriage” for streaming from their upcoming new studio album Neon Gods, which will be released on May 15, 2017. 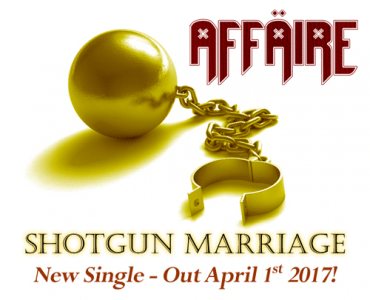 “Unlike what the 1990’s music trends and industry dictatorship tried to establish, Rock n Roll doesn’t have to be self-pitiful, innocent and pale.

In late 2011, the debut single “Born Too Late” was released in 7” vinyl format, limited to 300 handnumbered copies.

After some live appearances – including shows as opening act for Paul Di Anno (UK) and House Of Lords (USA) – in March 2013 “Highway Affair” is released as band’s new single and first official video.

AFFÄIRE was born too late and proudly raises their middle-fingers to the music trends and to whatever the next-big-thing is. No ‘nu’! No ‘alternative’! No shame!

The band’s debut full-length “At First Sight” was released worldwide by US label Demon Doll Records in September 2015.

AFFÄIRE are currently in studio recording the follow-up “Neon Gods“, with a release expected for the first half of 2017.”