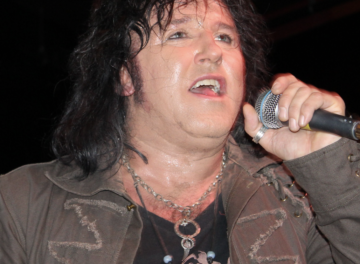 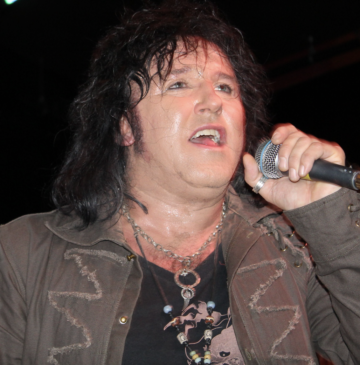 Wig Wam frontman Åge Sten Nilsen and bassist Bernt Jansen were recently interviewed by Mark Diggins for Australia’s The Rockpit. The Norwegian rockers, which also includes Trond Holter on guitar and Øystein Andersen) on drums, will soon be coming to play in Australia for the very first time. The group’s Do You Wanna Taste It Down Under 2023 Tour consists of six tour dates from January 29, 2023 to February 4, 2023. Wig Wam will also be releasing their new studio album Out of The Dark via Frontiers Music Srl on February 10, 2023.

Diggins asked how Wig Wam first got started to which Sten Nilsen replied (with slight edits):

“I had this call from Trond. He wanted to put together a ‘Jam band’ just jamming in our town Halden with this drummer Øystein, who I had never met. I’d met Trond before as we used to rehearse at the same place when we were in other bands. So we put together this jam band and we had this bass player at the start who loved Bob Dylan and only wanted to play boring songs (laughs) so we knew we needed a bass player who loved more rock and roll! So Trond called Bernt and we got together and we had a blast, and finally – this was in 2000, 2001 we were called ‘The Absolut Friday Band’ because that night in the club was the ‘Absolut Friday Night with the Absolut Friday Band’. We were jamming Van Halen songs, Mötley Crüe songs, Led Zeppelin songs and that was so passe back then that people who came to the club finally got to hear music from the 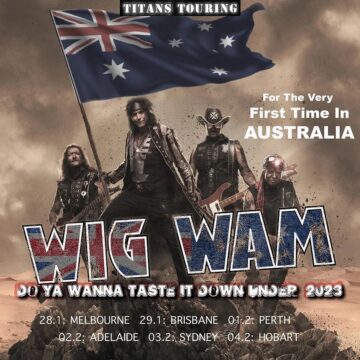 80’s again and the 70’s. And no one was doing that then because it was so far out in Norway. Then someone wanted to book us for this 80’s theme party going on in the same town and we thought why not? We’ll throw in some Billy Idol and Sweet songs. And three days prior to the gig, I said to the guys ‘We need to take a photo and find a name and make this a gimmick.’ Because back then, I was mainly doing music cover shows and I had quit thinking about my career because it didn’t go anywhere. I had a Queen show and an Eagles show with Jorn Lande singing (laughs).”

Sten Nilsen added: “Yeah, I produced shows like that and so I thought this might be a great show for corporate gigs and things like that, and parties and stuff. So I asked the guys to bring whatever weird stuff they had from the 80’s and so everyone brought their stuff and we got our nicknames [Åge is Glam and Bernt [is] Flash] and we took the photo on a camera from my day job where I was working as a caretaker. So we took the photos, made the posters ourselves and called it ‘the greatest show in the galaxy – Wig Wam’ and  from there we got very popular for those types of parties. And then we started to add our own songs without even introducing them at all as our own songs.”

You can read the rest of the interview with Åge Sten Nilsen and Bernt Jansen via The Rockpit‘s website.