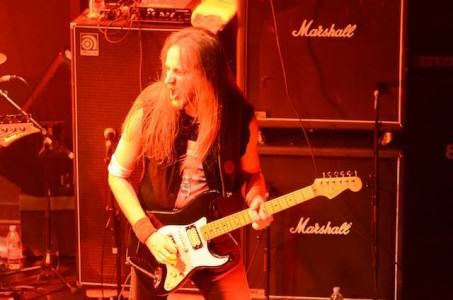 Air Raid have made a switch of guitarists over the last month or so.

On October 6th, the Swedish heavy metal band made the following announcement via its Facebook page: “We are very sorry to say that our guitarist and founding member, Johan Karlsson, has decided to leave the band due to lack of time, and will now focus on full time studies. He want to thank all you Raiders for some fantastic years, and unforgettable memories! We thank him back for the great friendship and killer guitar playing, Good luck man! With this said, the new guitarist will be revealed very soon, and also some other really cool stuff! Stay tuned maniacs, it will be worth it for sure!” 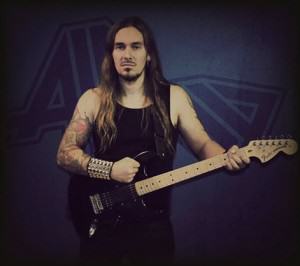 On November 5th, Air Raid made the following announcement via their Facebook page: “Please give a warm welcome to our new guitarist, Magnus Mild! A highly skilled axeman from Gothenburg who takes no prisoners! He will make his debut on December 5th at Ruhrpott Metal Meeting, Germany. Stay tuned Raiders!”

Sleaze Roxx stated the following in its review of Air Raid‘s last album Point Of Impact: “From the Iron Maiden-like guitar harmonies on “Victim Of The Night”, to lead vocalist Arthur W Andersson‘s traditional metal (yet melodic) high-pitched delivery, to the Swedish band’s overall sound, Air Raid have delivered a record that will transport you to the early ’80s NWOBHM glory days.” Sleaze Roxx added: “What you get here is quality over quantity, which is definitely what every band should try to achieve. Point Of Impact has been receiving regular rotation ever since I acquired it a couple of months ago, and I really enjoy it every time because the songs have a lot of nuances to them that cannot truly be appreciated in a single listen. It is really hard to pick one favorite song over another, but if I have to I’ll go with “Madness”, “The Fire Within” (which brings me back to early Queensryche) and, surprisingly to me, the instrumental “Flying Fortress”. I don’t think that I have ever picked an instrumental as one of my favorite tracks on any record, but “Flying Fortress” gets the nod which tells you just how good these guys are as musicians.”