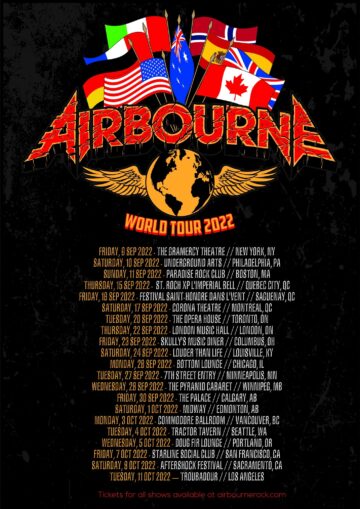 Sleaze Roxx stated the following in one of its two reviews for Boneshaker: “Very similar to AC/DC, Airbourne consistently deliver what they are known for without much, if any, experimentation. Some albums will simply be better than others. While this formula almost guarantees that Airbourne will please most of their fan base, it also means that it’s hard to top their debut full-length album, Runnin’ Wild, which continues to be the jewel in their crown, just like it’s been impossible for AC/DC to top Back In Black. Is Boneshaker the best Airbourne album? No. Is it a good album that I can enjoy every time that I listen to it? Yes. At the end of the day, as a music consumer, that’s all I that can really ask for from a band that is already on its fifth full-length studio album (and sixth if you count Diamond Cuts – The B-Sides).”