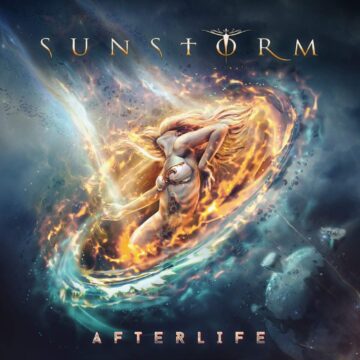 Mrozowska pointed out to Del Vecchio that although Romero has already quite a back catalog, he’s one of the singers of the younger generation. Del Vecchio was asked whether he thinks it’s actually better that a younger singer [like Romero] will get even more recognition through Sunstorm instead of someone who’s been around for 30 or 40 years and has an even more stable position within the music market [like Turner].

Del Vecchio replied: “I’m gonna share with you what’s my idea about that. I don’t know if it’s also Frontiers’ or anybody else in the band, but I hope it’s their opinion too (laughs), because I think it’s for the good of the music. So as you know, I’ve been working with the most of the greatest musicians from the past. And I’m grateful for that and I’m always excited to work with musicians that I had posters of on my wall when I was a kid. But having said that, we gotta look into the future – we gotta create something that’s going to last. And yeah, that’s the new generation in our genre. I mean, Ronnie’s the same age as I, and we’re starting to be the old guys (laughs). We’re starting to be the second or even the third generation, coming from the 2000s, the 2010s and 2020s….

So we gotta look into the future. And with all these great singers that we have now in the scene, in this new wave of great singers that we have, why should we always look back when we can push forward and try to build something that can last more than just two or three or four records…? Let’s maybe try to build something that’s gonna last like a career, like ten or fifteen records together… So obviously, if you get a guy from a bigger discography standpoint, maybe he’s in his fifties or maybe sixties and it’s fine, but there’s always that gap of one or two generations and that’s gonna impact the future of the band somehow. You know, a younger singer maybe wants to tour more, maybe still wants to invest into the band’s future and his future… and with the older guys, I don’t wanna say that they’re stuck in their past, but obviously there’s more like the passive income attitude and maybe they don’t wanna tour that much and don’t wanna spend too much time doing those things because they’ve already been there. So at this stage of the band, we just wanna move on and look into the longer future than just one or two records.”

You can read the rest of the interview with Alessandro Del Vecchio at Hard Rock Haven‘s website.