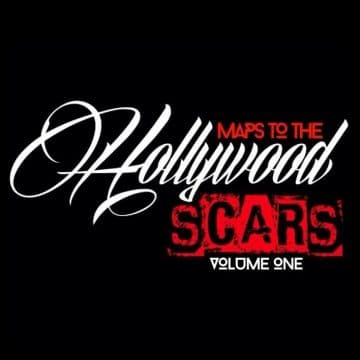 Grossi and Durbin were recently interviewed by Guitar World and the duo was asked to elaborate on their project showcasing the darker side of Hollywood and the music business. Grossi replied by stating: “It’s not really about selling the industry—or Hollywood—down the river. It’s more of a reflection of where the record industry was, is and where it’s going. What once gave artists and record labels a medium to actually sell music has now become a place where the general consensus is that music is free. Where some people will gladly spend $4 on a cup of coffee without batting an eyelash but feel totally fine about illegally downloading a song or record that cost thousands of dollars and countless hours to create, produce and market.”

In terms of what gives them the most satisfaction about their new project Maps To The Hollywood Scars, both Grossi and Durbin piped in during their interview with Guitar World. Grossi stated: “What excites me most is the fact that James and I did this of our own free will, without anyone feeding us song ideas, lyrics or concepts. It was a creative process where we could be ourselves musically and professionally.” Durbin chimed in: “Like Alex said, this is our project. We own it and we’ve grown it. It’s been a pleasure writing, recording and laughing with each other, and I can’t wait for our collective audiences to hear what we’ve created.”

You can read the rest of the interview with Maps To The Hollywood Scars at Guitar World.

Maps To The Hollywood Scars: “Till Death” (Lyric Video)

Maps To The Hollywood Scars: “Till Death”from their debut EP “Volume 1” http://itunes.apple.com/album/id1204404201?ls=1&app=ituneshttps://www.amazon.com/Road…