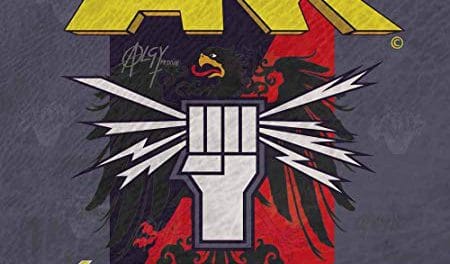 Tank founder Algy Ward is back with a new album titled Sturmpanzer that will be released on October 12, 2018. 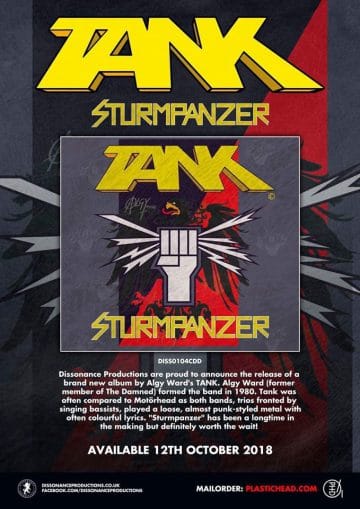 Amazon states: “Dissonance Productions are proud to announce the release of a brand new album by Algy Ward‘s TANK. Algy Ward (former member of The Damned) formed the band in 1980. Tank was often compared to Motörhead as both bands, trios fronted by singing bassists, played a loose, almost punk-styled metal with often colourful lyrics. “Sturmpanzer” has been a longtime in the making but definitely worth the wait!”

Wikipedia provides the following history for Tank (with slight edits): “Their 1982 debut album, Filth Hounds of Hades, was positively received by both punk and metal fans as well as most critics, regarded now as one of the best albums of the NWOBHM movement. Allmusic critic, Eduardo Rivadavia; described it as “Tank‘s best album ever, and qualifying it as an essential item in the record collection of any serious ’80s metal fan.”

As was the case with many other bands of the era, Tank was never able to build on the promise shown by their first album. The band continued on for years through lineup changes and waning commercial fortunes before finally disbanding in 1989. Ward resurrected the band in 1997 playing tour dates around Europe and Japan for a couple of years. A new album, Still At War, emerged in 2002. In August 2006, Ward reported that he was putting the finishing touches on the demos for the next Tank album, Sturmpanzer. The band’s website has listed the release date for this album as “TBA” for years. 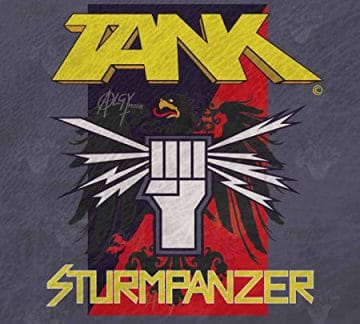 In February 2012, the band announced their first live DVD recorded the previous summer in Poland with additional footage to be recorded in March 2012. The band also released details of the return of former drummer, Steve Hopgood, along with details of the forthcoming album, War Nation. The album was released on 4 June on Metal Mind Productions, produced by Phil Kinman at his west London studios.

In 2013, it emerged that Algy Ward has resurrected his own version of the band, with all tracks on a new album called Breath of the Pit being “written, played and shouted” by Ward himself. According to Algy Ward, Sturmpanzer was to be released sometime in 2015. Tank led by Tucker/Evans was scheduled to release their third album that year as well. The album, called Valley of Tears, was scheduled to be released on 9 June, but was pushed back to 18 September.

In January 2016, Ward stated that Sturmpanzer was finished and would be finally released in early 2016. However, it was later delayed to 2018.”