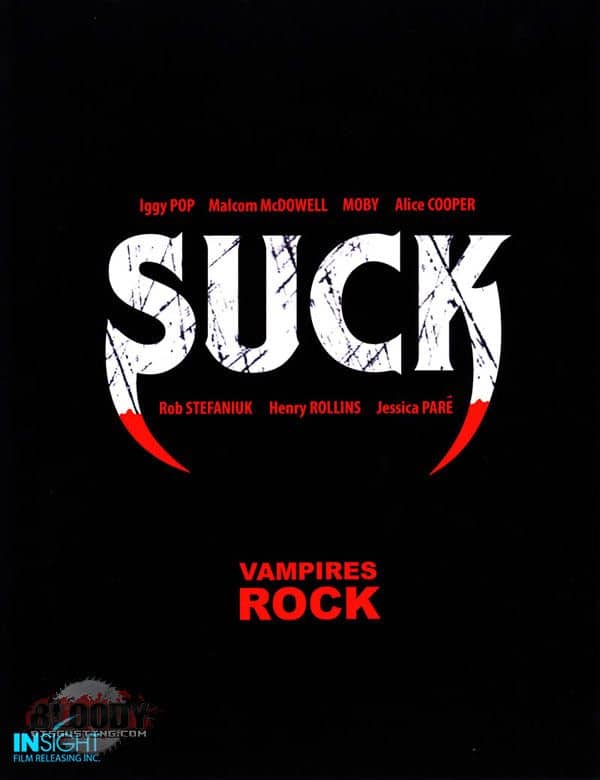 ALICE COOPER AND IGGY POP TO STAR IN ‘SUCK’:

Bloody-Disgusting.com reports that while walking the floors of this year’s AFM in Santa Monica, CA, we came across an interesting film from Rob Stefaniuk. He is slated to write and direct SUCK, a new movie in which “Vampires Rock”.

What’s big about this film is that Alice Cooper, Moby, Iggy Pop and Henry Rollins all star, alongside Malcom McDowell (Heroes, Halloween) and Jessica Pare. In the film Eddie Van Helsing hunts down a band of vampires.

In short, SUCK is a Rock’n’roll vampire satire about a group of rockstar wannabies in search of immortality and a record deal. Rob Stefaniuk also stars in the newest film with bite.