Alice Cooper‘s long-time guitarist Ryan Roxie has released a lyric video for his song “Over And Done” from his forthcoming solo album Imagine Your Reality, which  will be released via Cargo Records UK on May 25, 2018. 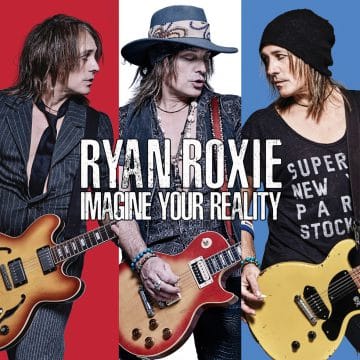 “Ryan Roxie (Alice Cooper guitarist) has announced the release of his new solo album ‘Imagine Your Reality‘ on May 25th, 2018 via Cargo Records UK. Vocalist/guitarist & songwriter, Ryan Roxie, is best known as Alice Cooper’s long-time lead guitarist and collaborator. He has also worked with Slash & Gilby Clarke and been a member of Classic Rock Award nominated band, Casablanca. Roxie has had an impressive ride so far!

His forthcoming album, ‘Imagine Your Reality’ is his first official ‘solo’ release and sees him joined by other noteworthy musicians, including a collaboration with Cheap Trick’s Robin Zander on the track “California Man.”

Says Roxie, “Cheap Trick were a major influence in my musical upbringing. Both Robin Zander and Rick Nielsen have joined us onstage at Alice Cooper shows in the past and have always been the most quintessential rock stars. In my opinion Robin Zander’s voice IS the definition of Rock ‘n’ Roll, so having him guest vocal on “California Man” definitely ticks a box off my ‘greatest moments in rock ‘n roll’ list.”

Imagine Your Reality continues Roxie’s legacy of creating infectiously melodic songs and straight ahead no nonsense rock riffs, and this time with more guitar than ever before! Ten tracks, all underlined by ten gleaming guitar solos. From the punk rock undertones of “Never Mind Me” to the un-sugarcoated tale of life in “La La Land (To Live and Die in LA)” to the superb 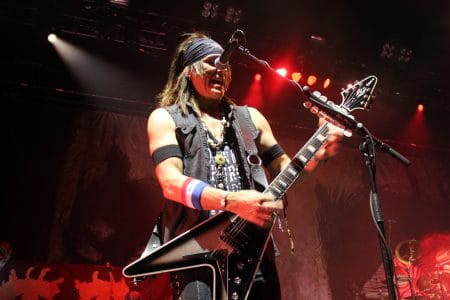 Start at the Beginning with Over & Done, a single from the Ryan Roxie album ‘Imagine Your Reality’. Order your official Vinyl copy today at -http://www.belly…