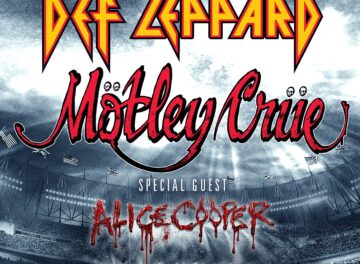 Mötley Crüe and Def Leppard‘s upcoming World Tour just got that much better, at least for selected dates, since none other than the shock rocker Alice Cooper will be the special guest on six US dates in August 2023. 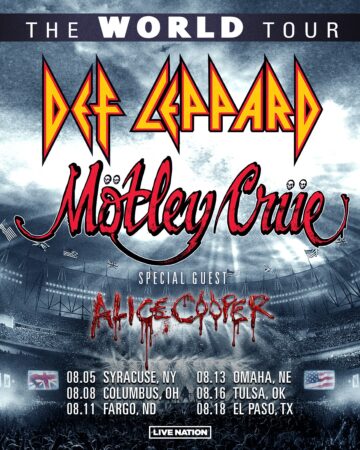 “Get ready Sick Things! Alice Cooper will join Def Leppard and Mötley Crüe on select dates of The World Tour 2023. Pre-sale tickets and VIP packages will be available starting next Thursday, December 15 at 10a with code COOPER23. Tickets on sale Friday, December 16 at 10.

This is not the first time that Alice Cooper has opened for Mötley Crüe as the former opened for the latter’s much publicized All Bad Things Must Come To An End Tour. Sleaze Roxx attended the opening night of that tour and stated in its concert review:

“The one drawback of bringing along a well-established opening act that is firing on all cylinders is that there is a lot to live up to and the chance that you might get “blown off the stage”. This is exactly what happened to Motley Crue on opening night of their “farewell” tour — Alice Cooper blew them away.”