Shock rocker Alice Cooper has unveiled a lyric video for his song “Detroit City 2020” from his upcoming new EP The Breadcrumbs, which will be released via EARMusic tomorrow (on September 13, 2019). 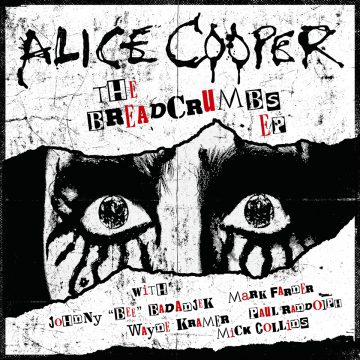 The song “Detroit City” originally appeared on Alice Cooper‘s studio album The Eyes of Alice Cooper, which was released back in 2003. Sleaze Roxx stated the following in its 15th year anniversary review of that record:

“Even though there are a few fillers on the album, the overall collection is a great, stripped down rock album. Not all of the songs have Cooper singing angrily, and the band is in fine form throughout every song. This is one of my, if not, my all time favorite, line-ups that Alice Cooper put together. Being an ex-drummer, this is a must have for Eric Singer fans. He is not flashy on the record, but has great backbeat that compliments all the other underrated musicians on the record. If you missed this CD when it came out, go get this one. It is one of Cooper‘s all time best releases.”

Get your copy here: https://alicecooper.lnk.to/Breadcrumbs___________________ALICE COOPER THROWS SOME “BREADCRUMBS” WITH THE RELEASE OF THE SAME-TITLED EP -…