Don Dokken was recently interviewed on The Classic Metal Show on June 25, 2016 and revealed his reasons and intentions regarding the latest Dokken reunion consisting of the classic line-up of himself (as singer), guitarist George Lynch, bassist Jeff Pilson and drummer “Wild” Mick Brown: 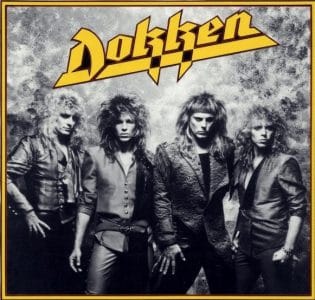 “Well, that rumour has been flying around for 15 years and yeah, uh, yes, we’ve had offers over the years — I shouldn’t say ‘we’ — me ’cause I own the name and I own the franchise. And it’s my name so I think that I should own it even though I lost it for five years because of legalities and I had to call it ‘Don Dokken.’ You know, I’ve had the franchise now for a long time. Jon [Levin] has been in the band for 13 years. George [Lynch] left, what, 15 years ago so… He was a great guitar player in his time and people like — it’s like everything you know? I mean, Sammy Hagar was a great singer in Van Halen but people kept saying, ‘Yeah, but it ain’t David Lee Roth.’ I don’t know what’s that all about. I guess it’s nostalgia. They want to see… Even if the band is better! People are complaining about Axl [Rose] singing with AC/DC and I saw some YouTube videos and he sounds amazing!

So you know, years and years ago, I made a comment offhandedly, like, you know ‘You wanna do a reunion tour? You know, I’ll do it for this amount of money. It was line a one and a lot of zeros. And that was my price, and everybody said, ‘You’re crazy.’ And I said, ‘Well, that’s my price, and I’m not gonna do it.’ And now, fifteen years later, somebody came up with that price. So I approached George [Lynch] and Jeff [Pilson], and I said, ‘You guys wanna make a shitload of money for about one week of work?’ And I told them the price, and I told them how much I wanted and how much they’d make, and, basically, they could make more money in one week than they’d probably make in several years. And so everybody said, ‘Okay.’ So I said, ‘Well, I’ll do it on the condition that I don’t wanna do it in America or Europe or anywhere else. Just six shows in Japan.’ ‘Cause we were very big in Japan, and it’s not a… It’s a reunion tour. So they agreed, and we’re gonna do six shows in Japan. We’re gonna be playing Loud Park, headlining with the Scorpions. Loud Park, the two headliners are us and Scorpions. We’re playing the same night — back to back on two different stages. It will be us and the Scorps. And then we’re gonna buzz off and do five more shows. And it’s very temporary.” 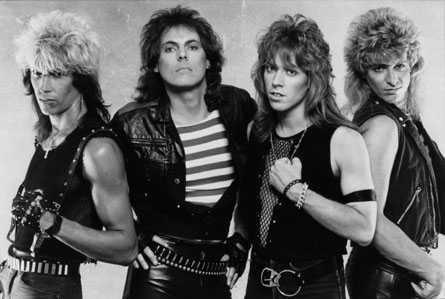 Although the rumours had been flying about the six shows in Japan by the classic Dokken line-up, Don Dokken kept silent and confirmed that the shows were only officially booked as of recently: “I’ve said nothing until tonight. Yeah, it’s official. I signed the contracts about four days ago and it’s a done deal. And of course, everybody came out of the woodwork, and they want us to do Sweden Rock, Wacken festivals, M3… You know, people are throwing money at us to do a Dokken reunion in the States and Europe, and my answer to everybody is, ‘No. [Laughs] It’s not gonna happen.'”

Regarding the current Dokken line-up compared to the classic one, Don Dokken stated: “I’m so happy with Jon Levin and Chris [McCarvil]. I mean, we get along so, so good. We’re happy. We get on a plane, we fly to a venue, we hang out together and we go to dinner and we do the show and we hang out in the dressing room. It’s very easy; you know, there’s no drama. And at my age now, the last thing I need in my life is drama. So I am hopeful everything goes smoothly in Japan, but I am ready [laughs] for something to… There was always drama in Dokken, so I don’t expect anything to change. I’m just gonna kind of keep myself removed from it all. All I’m gonna do is go up there and sing my butt off and play two or three songs on guitar and just make it a fun thing for…”

With respect to playing additional reunion shows on top of the six shows in Japan, Don Dokken stated: “I feel bad for my agents, ’cause they’re getting bombarded from these offers for us to play these big festivals all over the world as a reunion, but I’m just not interested; I’m sorry, I’m just not. Jeff‘s [Pilson] busy. He plays like crazy in Foreigner. He’s on the road. George [Lynch] is out, you know, playing the bars with Lynch Mob, so everybody’s busy. So I don’t see any reason… You know, I can’t say, ‘We can make all this tons of money…’ And we’re doing this tour for a lot of money, but I’m doing it to put an exclamation point on a very temporary reunion. We should call the tour a temporary reunion. We’re calling it ‘Unleashed In The East.'”

In regard to why he broke up the band and what the lodging situation might be for the Dokken classic line-up in Japan, Don Dokken indicated: “I am just really happy that the band has survived all these years. I was just so sad for like years when I broke up the band in ’88. I mean, I was just so sad and depressed that I had to do that. I didn’t want to do it. We got to the top. We got to stadium level and my dreams were coming true but I was surrounded by three guys, whether they admit it or not, that were completely destroying their lives with drugs and alcohol. You know, masses of cocaine and swigging bottles of wine every hour and violence and I couldn’t do it anymore. I couldn’t watch the rest of the guys implode ’cause I knew that if I did not escape, I would be sucked into the black hole and I had to leave. I had to leave. You know, so I did and I regrouped and here we are. You know, we’re playing for thousands of people. We’re selling tickets. I am super happy so I don’t want…

I’m really praying and hoping, trying to think positive thoughts, that when we get to Japan, everybody will appreciate the gift of what we are doing and not just a paycheque but I can’t. I can’t speak for George [Lynch] or Jeff [Pilson]. I know Mick [Brown] is excited. He wants to do it. He’s got trepidations about this. Probably we’re gonna — Mick and I are going to be in one hotel and Jeff and George will be in another. That’s the way it goes. You know, I think that we will be staying in separate hotels because rumour has it, some of the members, some of the members will be bringing their significant other with them and I don’t want to be around any drama! Any kind, any kind and I have seen plennnnnty of drama in Dokken boy. Someday, someday I’ll write a book but I have resisted it for years because they say write your book but I say, ‘Well, if I write a book, I’d have to tell the truth.’ If I tell the truth, it’s not my place to tell bad things about people. You know the old saying, ‘You’ve got nothing good to say. Say nothing.’ So if I don’t say all this truth, it will be a boring book [laughs].”