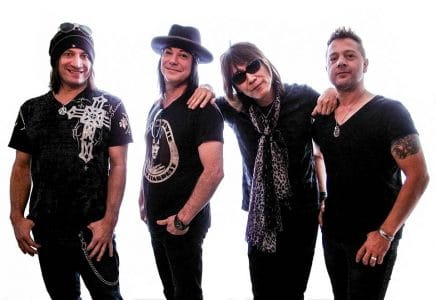 Sleaze Roxx recently interviewed O’Hashi during which he advised that Alley Cats LV had an EP of six songs that was finished. With respect to why Alley Cats LV were starting things off with a tour in Japan, O’Hashi stated: “My biggest fan base is in Japan. They always give me huge support, and are always interested in my next moves. I wanted to show them this new band I started before anywhere else. There are a lot of Brent’s fans in Japan as well. I’m sure they are waiting for his return to Japan.”

BRENT MUSCAT (ex FASTER PUSSYCAT) & TAKASHI O’HASHI (ex CATS IN BOOTS) have teamed up together to create and form the new band “ALLEY CATS” in Las Vegas, NV. This is their 1st single from self titled Debut EP. It’s coming soon in 2017.