California ’80s metal rockers Platinum Overdose consisting of lead vocalist Steve Philbrook, bassist Lance V., lead guitarist Rick Mead and rhythm guitarist Matt Thorr have added a new band member, which is none other than Alleycat Scratch drummer Robbi Black. Platinum Overdose have only been in existence for a couple of years but have been quite prolific in releasing new music with their albums Murder In High Heels (2019) and Back For The Thrill (2020). 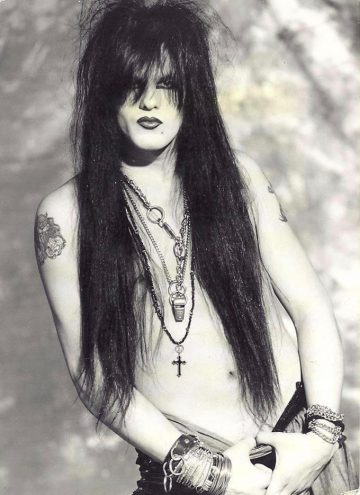 “It’s official, Robbi Black from Alleycat Scratch has joined and taken over as the official drummer for Platinum Overdose going forward. Some may know him best for his hard hitting work on Alleycat Scratch’s cult classic album ‘Deadboys In Trash City‘ as well as taking over for Joey Gold upon his departure from Love/Hate back in the late 90’s and now the time has finally come for his arrival in Platinum Overdose.

Founder, bassist and producer Lance V., explains “I’ve been after him for two years now and couldn’t be more excited to bring him into the band full-time for our third album and beyond to add to the talents of vocalist Steve Philbrook, rhythm guitarist Matt Thorr as well as lead guitarist Rick Mead. I think we had a lot of talent in this band as is and Robbi will just add to that talent pool and take it to another level with his in the pocket grooves and hard hitting mentality. He and I share so many of the same influences, one could say it’s the perfect metal marriage for the band. I’ve played with many drummers in my 27 years in Los Angeles (Robbi being one of them) and no one comes close to what Robbi brings to the table and for that I’d say if you thought we brought it on the first two records, we’re coming even harder on the next album.”

In those regards, Robbi has already cut four tracks for the next album and production is well under way on album number three and you can expect to see that release sooner then later. Platinum Overdose’s work ethic is second to none and they will continue to blaze forward with their moniker of 80’s Metal is alive & kickin’ and with the addition of Robbi Black, you can rest assured the thunder is coming.

Platinum Overdose just released their brand new album ‘Back For The Thrill‘ on August 5th 2020 (a mere year after the release of their critically acclaimed debut album ‘Murder In High Heels’) along with two new singles “Back In Your City” and “Rockin’ America” which has already reached top 10 status on the groundbreaking station 97 Underground. A third single release is in the works and you can grab a copy of the new album physically through the DDR Music Group’s website as well as a digital copy through Bandcamp.”

Platinum Overdose‘s “Back In Your City” single: