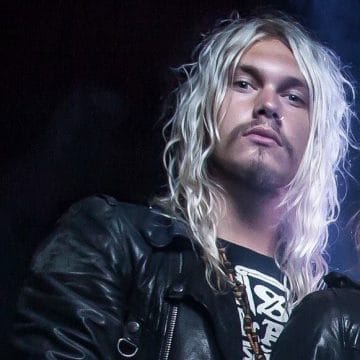 “Almost 7 years ago Ambush was started by 5 friends with a mutual love for beer, mischief and, of course, Heavy Metal. Today 5 turns into 4 as our beloved brother Adam has decided to leave the band. Even though Adam will not be with us on stage anymore the memories of all good times, bad times and all the stupid shit we’ve done together will remain forever.

Time has now come for me to leave the band. This journey has truly been amazing and I will remember every single moment for the rest of my life. Thanks to every single one of you who has come to our shows, bought our merch and everyone that’s listening to our music.

The new album Infidel is recorded and I am confident it will rock your socks off, you’re welcome!

Nothing will ever replace Adam‘s personality since he truly is one of a kind. We wish our brother Adam all the best in the future!