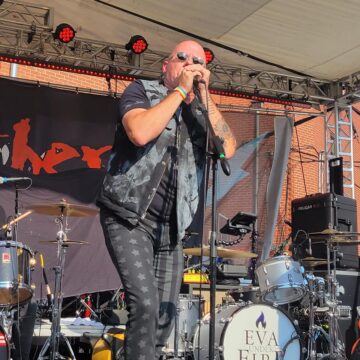 “As some of you may already know, we’ve elected to part ways with Jeff Stearns on vocals. We wish him the best, and are grateful for him stepping in and getting up to speed quickly to fill in the gigs that were scheduled when Jay Cee retired. We are now currently looking for someone to permanently fill the vocalist position, and are taking submissions. If you (or someone you know) are interested, contact us here or at info@americanbombshell.net. Must be prolific lyrically, have a good ear for melody, and studio experience is a plus.”

American Bombshell performing “Money On The Liquor”, “Insane”, “Raising Hell and Living”, “Sin”, “No Regrets” and “Like The Rest” at The HiFi Annex in Indianapolis, Indiana, USA on August 1, 2021: