Indiana, USA based hard rockers American Bombshell have released a lyric video for their unreleased track “Saving Me” which will be the B-side single for the 7″inch vinyl release for the single “My Drug.” 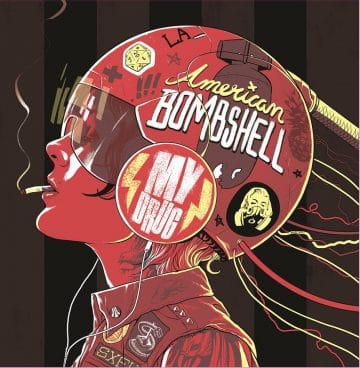 The following was posted on American Bombshell‘s Facebook page earlier today about the song “Saving Me”: “You’ve heard us play it live, now check out the studio recording of “Saving Me”! Recorded late last year at The Pop Machine with Eric Klee Johnson and Marc Johnson in the console and production seat, and Mr. Andy VanDette handling the mastering! Saturday, March 25th will be the first chance to purchase the song at our Vinyl Release Rock and Roll Showcase! Grab it on vinyl (it’s the B-side of “My Drug”), and it will also be available at all major digital services! We hope you love it as much as we do, and see you at Radio Radio on March 25th!”