Four days after the shocking announcement that Jay Cee had decided to step down as the lead vocalist for American Bombshell, the remaining band members consisting of drummer Jason Carr, guitarists Andrew “Nix” Nixon and Slick Mick, and bassist David “DJ” Jones have revealed that their new singer will be Jeff Stearns. 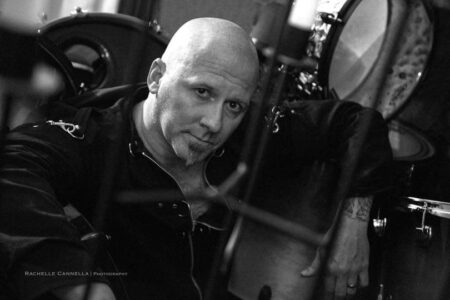 “BOMBSQUAD! Please give a warm welcome to our new lead singer Jeff Stearns! Jeff brings 30+ years of experience rocking the stage to the band, and we’re excited to have him onboard. You’re first chance to see him will be this coming Sunday at the HiFi Annex with Buckcherry! #BombSquad #NoRegrets”

“Being in a band is hard work, and more often than not, the balance between the grind and the payoff (stage time) is skewed heavily towards the grind. Jay Cee had hit his limit to a point where it just wasn’t fun anymore, and the rest of us totally get it. The last thing we would want is for him to force himself to continue when the passion and fire for it just weren’t there anymore. He’s at peace with his decision and has given us his blessings to continue on. Some might ask why we would after losing our original lead vocalist, the voice of the band. Andy and I (and our families) have put seven years of our lives into this band, and along with the hard work DJ and Mick have put in since joining, we felt there’s no reason not to continue if we are still having fun. No reason to start completely from scratch.

Jeff Stearns has been a known commodity in the Indiana music scene for a long time, and when we considered who might be able to jump in and get up to speed quickly, his name was at the top of the list. We really didn’t want to cancel any shows if at all possible and held off making any decisions to do so until we could get Jeff to the Bomb Shelter to give it a go. To say he knocked it out of the park would be an understatement. He’s a quick study with an incredible range and really brought it with his audition. He set the bar high enough that we felt more than confident we’d made the right choice.

Obviously, the songs will sound a bit different with a new lead singer. No one can completely replace Jay Cee, and we have no intentions of trying to. Jeff adds a new dynamic to the songs, while at the same time honoring the original material. If the fans hear it and it’s not for them, that’s ok. All we ask is to give it a listen first and then decide.” 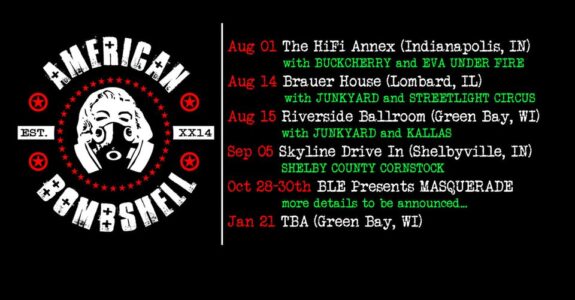