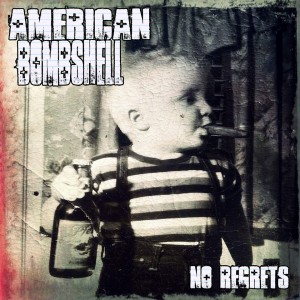 Indiana, USA based American Bombshell have released a video for their song “No Regrets” from their debut album of the same name, which was released digitally on or about February 29, 2016.

The group was interviewed by Selective Memory earlier this month and stated the following about the “No Regrets” video: “The song kind of sums up a bit about our attitude – play from the heart and soul, and leave nothing on the table. Have ‘No Regrets’ when all is said and done. The video was a blast to make – basically 5 guys in a room with a camera man rocking to the song over and over – then spliced together into what you see now. The goal was to be raw, stripped down, and full of energy – and I think we achieved just that.”

American Bombshell were also asked by Selective Memory on the status of their debut album to which they replied: “As I mentioned, the album is complete, and is at duplication right now… We are also planning an actual release show in the near future, to celebrate the album and rock out with our friends and fans.”