Baltimore, Maryland, USA rockers American Jetset have released their debut video for their first single “Go It Alone” from their five song EP titled Live Love Die On Main, which was released in late December 2018. 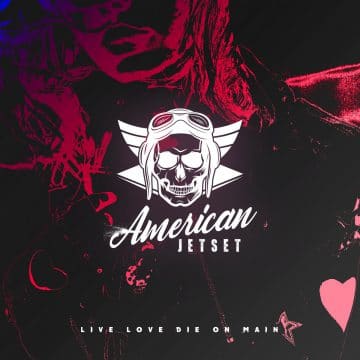 “American Jetset release their first music video and want everybody to “Go it Alone” this Valentines Day.

The sights, sounds, and mood of the footage expose the band’s DIY philosophy and in the words of singer, Ian Kaine MacGregor, “It’s not pretty, it’s rock and roll with all the bumps and bruises that come with it.” Armed with a volunteer crew, the band shot and edited the entire video on a pair of iPhones, using their hometown as a backdrop to this sleaze influenced track.

“Go It Alone” appears on American Jetset’s Live Love Die on Main EP, released at the tail end of 2018. Since then, the song has been an independent rock radio success and is currently playing on 90+ FM stations in over 20 countries worldwide. On top of that, the attention garnered by the single led to high profile tour dates with Faster Pussycat, Bang Tango, Every Mother’s Nightmare, Kickin Valentina, and Babylon Shakes.

The video for “Go it Alone” is 100% American Jetset – gritty, grimy, and steeped in their “no label, no thanks” attitude. Download the single and the rest of their EP free at americanjetset.bandcamp.com and add it to your Apple Music and Spotify playlists today.”