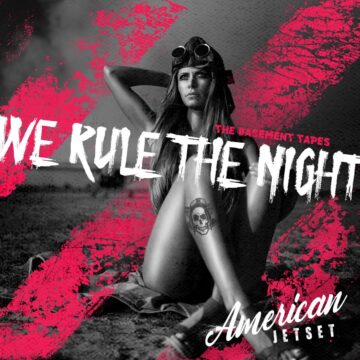 The group’s Bandcamp page indicates: “American Jetset came out of the gate swinging in 2018. Influenced by bands that ruled the Sunset Strip in the 80s, their anthemic hooks and theatrical live show turned heads from MD to CA. Their 2019 rise had them supporting many of their heroes, and 2020 brings a new EP and a tour that takes them coast-to-coast with Enuff Z’Nuff, Kix, Pretty Boy Floyd, and more. Get ready for take-off!”

“Brand new loud, rude, aggressive RnR, straight out of the basement. We’re back onstage soon so come ready to scream it at the top of your lungs. Listen here and download free @ americanjetset.bandcamp.com/track/we-rule-the-night“