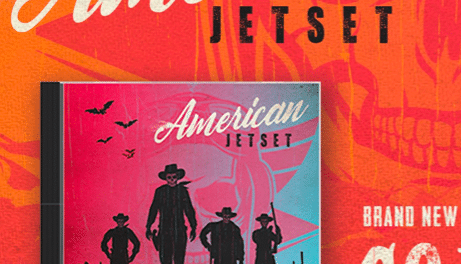 Baltimore, Maryland, USA rockers American Jetset will be following up their debut EP Live Love Die On Main with a new EP titled One Thousand Ghosts. 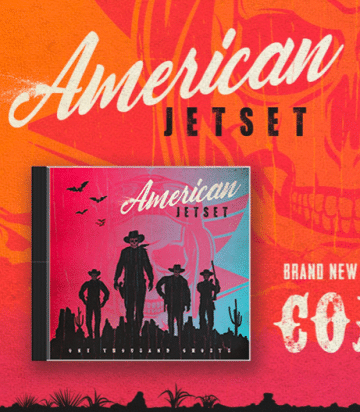 “You killed it 2019 but 2020 is going to rule. First things first, our guitar player is teaming up with the boutique guitar makers at Little Crow Guitars to road test their new flagship model solid body electric guitar, The Blackbird. Look for build, unboxing, gear reviews, and live footage soon. Keep an eye on his updates at FB TLanceMusic and IG/TWTR @tlanceguitar.

Next…new music is finally on it’s way. Since our sound has grown a lot over the last year, we decided to bring in an absolute badass RnR producer and we chose Scott Spelbring Producer/Engineer. Scott has engineered some incredible records by our favorite bands (Kix, Charm City Devils, SR71, and Cinder Road) and now he’s onboard to produce this killer collection of Saloon Rock Whiskey Pop songs.

Want to hear the new songs live before the record is out? Come party w/us as we wrap up 2019 tour dates with Slaughter & LA Guns! Get tix @ americanjetset.bandcamp.com and we’ll see you monsters soon!”