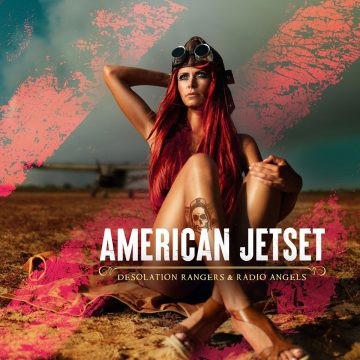 “Big news, Monsters! We’ve been hard at work and we’ve got two brand new releases coming your way. First up is “Last Call”, a badass companion to “Saloon Rock Whiskey Pop” AND we’re re-releasing Saloon Rock on VINYL with “Last Call” on Side 2. The 2nd EP is “Desolation Rangers & Radio Angels” and it is an absolute killer. It’s heavy, fast, and loud AF so if you dig early Ratt, Roxx Gang, Dokken, and Vain, you’re going to LOVE it. We’re in pre-pro now and hit the studio next month so look for release info soon. See ya in September w/ Enuff Z’Nuff!”

Sleaze Roxx stated the following in its review of Saloon Rock Whiskey Pop: “Prior to receiving a promo copy of Saloon Rock Whiskey Pop, I downloaded it for $8 from the band’s website for the purpose of writing this review, but it’s also available on Apple Music. My only complaint with the EP is that it’s too short. Not in an incomplete / unfinished business sort of way but with just six tracks (three of those clocking in under three minutes), it left me wanting to hear more. But as the old showbiz adage goes, “always leave them wanting more.” Mission accomplished.”