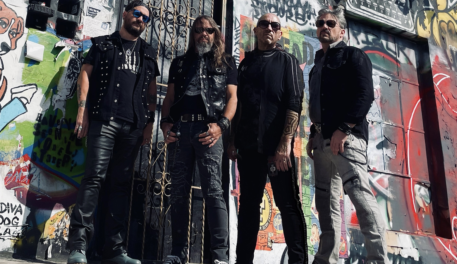 American Jetset consisting of lead vocalist / guitarist Ian Kaine MacGregor, bassist Kevin Harrington, lead guitarist Skinz Skinsacos and drummer Jeff Bradford have unveiled a visualizer video for their track “Tokyo Radio” from their latest album Cat’s Got Your Tongue, which was released via Big Curve Music back on May 5, 2022.` 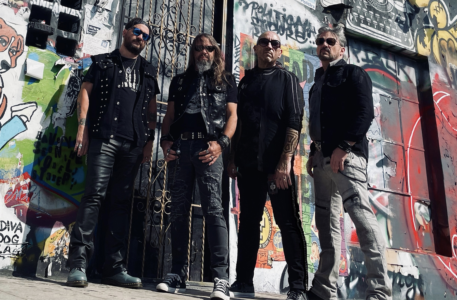 The Jetset boys are direct descendants of those sleeping giants, and their anthemic hooks and animated live show have earned the band international airplay and a worldwide fanbase. Now they’ve released their much anticipated 3rd album, Cat’s Got Your Tongue, produced by Tony Correlli (Deep End Studios, Baltimore, MD). The album is a killer collection of aggressive rockers, pop anthems, and cigarette lighter love songs. With Pussycat-inspired vocals and riffs that bring to mind early Ratt, Dokken, and Cinderella, there’s a little something for everyone to love.

Cat’s Got Your Tongue is now streaming on all platforms and on CD, cassette, and vinyl from Big Curve Music. The band kicked off the year at M3 Rock Festival and is out supporting Kix, Jetboy, and Stephen Pearcy through the end of the year. American Jetset has big things on the horizon in 2023 and they’re prepared for takeoff. 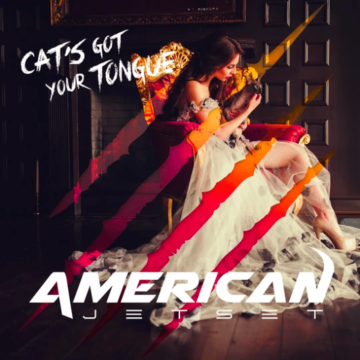 Sleaze Roxx stated in its review of the album Cat’s Got Your Tongue: “You’ve likely heard the story many times over, as told by dozens upon dozens in the music industry. They’re “back with their best album”. They’re “sounding better than ever”. The “highs and lows have only made them stronger and tighter as a unit”. I’ll spare you those claims, cliches and spin.  In the case of American Jetset, no lip service is needed. They’re back with a stellar new album that’s a natural progression from where they started to where they’re going. Put simply, you’ll want to crank this CD up in your car all summer long and you’d be hard pressed to find anything negative to say about the music found herein. Cat got your tongue?”