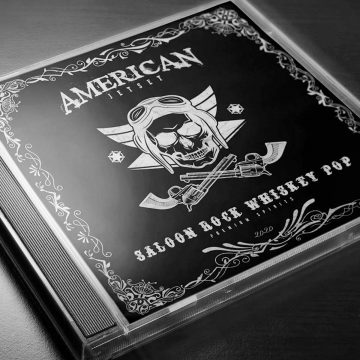 “American Jetset formed in October 2018 and came out of the gate swinging. Influenced by bands that ruled the Sunset Strip in the 80s, their anthemic hooks and theatrical live show turned heads from Baltimore to Los Angeles and then some. With an impressive EP and a handful of singles, they continued their rise in 2019 supporting many of their heroes including Tom Keifer of Cinderella, Slaughter, Jack Russell’s Great White, Faster Pussycat, and LA Guns.

The Jetset boys are back in the saddle in 2020 with their sophomore release Saloon Rock Whiskey Pop and the record is a killer collection of no frills rock & roll the way it’s meant to be played. From the swagger of “Walking Contradiction” to the country-influenced “Getaway Car” to the unbridled stomp of “1000 Ghosts”, Jetset never puts the reins on.