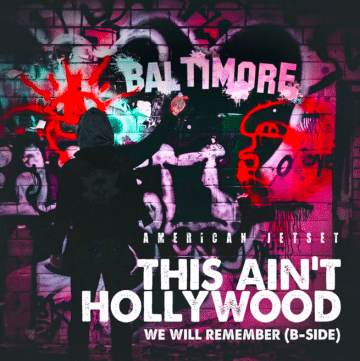 Baltimore, Maryland, USA rockers American Jetset have released a new single titled “This Ain’t Hollywood” which is available along with the b-side “We Will Remember” to download for free at the group’s Bandcamp page. American Jetset released their debut five song EP titled Live Love Die On Main in late December 2018.

“American Jetset release their first single since their EP arrived at the tail end of 2018. “This Ain’t Hollywood” takes on big talking musicians and wannabe promoters in straight ahead rock & roll fashion. The single arrives just in time for MB4 – The Unofficial M3 Pre-Show. American Jetset will join Every Mother’s Nightmare, Kickin Valentina, and Babylon Shakes for an insane night of rock & roll and show goers should keep their ears open for “This Ain’t Hollywood” as the band will be giving away free CD Singles and other merch at the show.”