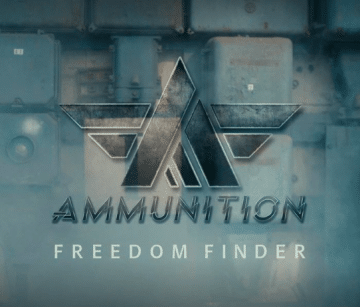 Finbråthen have released a second video and this time for the song “Freedom Finder” from their upcoming self-titled sophomore album, which will be released on January 26, 2018. Ammunition had previously released a video for the track “Wrecking Crew.”

Sleaze Roxx caught Ammunition‘s live performance at Rock N Skull in October 2016 and stated: “Although I had heard part of Ammunition‘s debut album on the ride from Toronto to Joliet, I did not remember any of the songs during the group’s Rock N Skull set. That really did not matter as whatever songs that Ammunition played during their set seemed instantly likeable. I was even singing along to these songs that I was pretty much hearing for the first time. Mårtensson was all smiles and seemed super tall as he played his Eddie Ojeda like red bullseye guitar. Lead vocalist Åge Sten Nilsen sounded absolutely amazing and reminded me of Helloween‘s Andis Deris in the way that he expertly addressed the crowd in his Scandinavian accented English. Sten Nilsen had great stage presence and he seemed to have a good wave of communication with the audience. The rest of the band was solid as well. Every song seemed to be better than the next. Highlights included the instantly likeable tracks “Take Out The Enemy (Hallelujah)” and “Road To Babylon.” One surprise was seeing Danger Danger singer Ted Poley make an appearance on stage during a small portion of one of Ammunition‘s songs.”