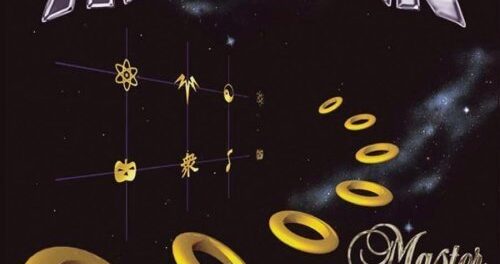 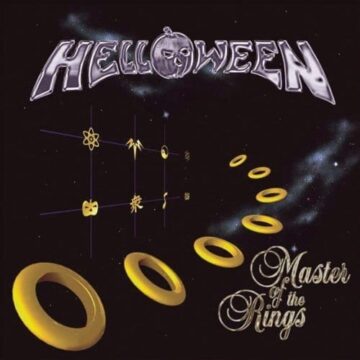 Deris was asked about The Time of The Oath, which is the second album that the singer recorded with Helloween. The Time of The Oath reached its 25th year anniversary back in March 1996. In terms of his memories from those times, Deris stated (as transcribed by Igor Miranda with slight edits):

“First was the ‘Master of The Rings‘, and ‘Master of The Rings‘ was something like… ‘live or die’ (laughs). If the people love it, you’re there. If the people hate it, that’s it for Helloween. That was the real ‘gambling with the devil’ (laughs). And ‘The Time of The Oath‘, because… we’re now having some success, then ‘The Time of The Oath‘ was just that relief album. You knew everybody went down smoothly, you had your gold and platinum records, so, wow! And, from that point of view, we just went to the studio and said: ‘OK, wherever we did it right, let’s try to do it again’ (laughs). I think what we did right (on ‘Master of The Rings‘) was not to think about: ‘Is that song good enough? Is that song not good enough?’. Because you have no choice. For ‘Master of The Rings‘, there were only those songs. There was only two weeks to get yourself ready for the studio, because the studio already was booked. We had to record what we had and we made the best out of it. Actually, that’s more or less the vibe we brought in with ‘The Time of The Oath‘. This is the songs we have, we like them, so, don’t make yourself fuzzy and crazy in the head that you’ll need more songs, because you need this or that style or whatever. Just take what you have, we love it, so take it as your baby and try to raise it as good as you can (laughs).

And this is actually the recipe that we work with. That’s the songs, the ideas we have. If we like it, that’s enough. Don’t make yourself fuzzy in your head, because lots of people go crazy and think: ‘Oh, we have to do this, and maybe that, or blah-blah-blah’. If you have enough songs, eleven or twelve great songs, take them and cherish them and raise them up as good as you can rather than recording another 10 songs then, in the end of the day, you have 20 babies and you’re not able to raise them in a good way, you know what I mean? It’s too much energy. Take what you have, cherish it and make it as good as you can. I think that’s a much better plan. It’s the same… how could I ever be a good father if I have 10 kids? I mean, imagine I had 10 kids. Probably I would not even know the names of member 8 and 9 and 10 (laughs).

Songs for me are always like babies. Writing a song… probably you know that… if you had written a song, that does not mean that the song is finished, with everything, the way you present it on an album. Writing a song is just the beginning. When you have written a song, then you have to work with your band to make it as good as possible with the abilities of your colleagues, of your bandmates. And I think it’s much better than raise 20 babies and you just don’t have the time to actually go into each and every detail, which is a shame sometimes. There are song ideas that I listen to from other people and I think: ‘OK, if you would have put in a little bit more love, and a little bit more time, this could have become a fucking great song, now it’s only an OK song’.”

You can listen to the interview with Andi Deris by Brazilian music journalist Igor Miranda below:

Helloween‘s “Where The Rain Grows” video (from Master of The Rings album):

Helloween‘s “Perfect Gentleman” video (from Master of The Rings album):