Helloween frontman Andi Deris was recently interviewed by Marko Syrjala for Metal-Rules in order to promote the band’s upcoming new self-titled studio album, which will be released via Nuclear Blast Records on June 18, 2021. 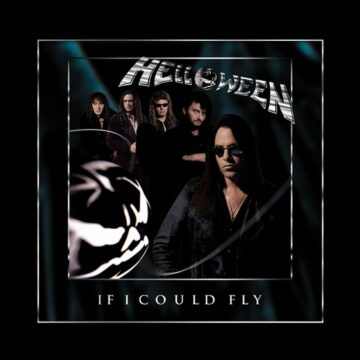 Although Helloween will be releasing their new album within a couple of weeks, it will be another nine months or so before they actually start touring again. Deris was asked whether he would use that time to record a new solo album to which he replied:

“If there are enough songs [laughter]. That’s always the thing. I mean, my band is the main thing, so each and every idea I put down on record, I want to make them listen close. And there were so many times when Weiki [Michael Weikath] picked up some songs which I never thought would be something for Helloween, the best example, “If I Could Fly.” Back in the days, I presented it to the band, and I made them listen to it because it’s only fair to let your band listen to everything, and I thought, okay, this song will never make it on a Helloween album because it’s not Helloween. But Weiki was totally falling in love with it, and I said, “But it’s definitely not Helloween. It’s everything, but it’s not us.” He said, “Well, don’t you worry. People will love it.”

And I said, “Why? Why would you come up with this people will love it?” He said, “Because the same thing happened with “Dr. Stein.” He’s written “Dr. Stein,” and he thought it’s just– he presented it as a B-side. He said, “It’s just another stupid song?” and that “we could use it actually as a B-side because it’s not bad.” And everybody around him was like falling in love with the song and said, “Well, it’s not a B-side [laughter].” It’s not Helloween at all. He said, “Yes, it’s not Helloween,” but even though it’s got that– let’s put it on the album.”

“If I Could Fly” appeared on Helloween‘s 2000 album The Dark Ride and the song has been a live staple for the band ever since.

Helloween‘s “If I Could Fly” video (from The Dark Ride album):