Andy Susemihl releases video for single “One More For The Road”

Former U.D.O. guitarist Andy Susemihl has released a video for his single “One More For The Road” from his Burning Man EP.

“Andy Susemihl has shared the stage with such rock icons as Ozzy Osbourne, Guns N’ Roses, Deep Purple and Lita Ford, produced and recorded over 20 albums and sold over 500.000 units to date. 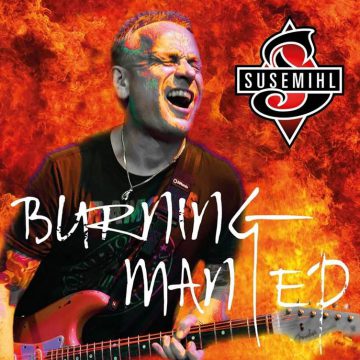 His songs and guitar work have been showcased alongside the work of such noted guitarists as Steve Vai, Joe Satriani and Steve Stevens. Born and raised in Germany, Andy first picked up a guitar at the age of 14 and soon became a name in the local rock scene. After recording several albums and touring the world with projects such as U.D.O. / Udo Dirkschneider, the notorious lead singer of the popular heavy band Accept, he moved to Los Angeles, CA.

Since his move to L.A., he was involved in many local as well as international projects. His credits over the last years include studio sessions with artists and producers such as Richie Kotzen (Poison / Mr.Big), Eddie Kramer (Jimi Hendrix) and Shay Baby (Ozzy Osbourne / Warrant).

He also made an impression on the L.A. scene with two albums as the guitarist of the Californian Prog Rock band “Miracle Mile” among many others. In 2013 he was the official touring guitarist for Roland Bless of the German Mega Act “PUR” on his summer stadium tour with “Unheilig”. In May 2016, he released his first album with German lyrics, entering the airplay charts on position 36 and hitting the pole position on one of the biggest German Radio stations “MDR” for 3 weeks.

Since several years he moves back and forth between the U.S. and Germany and besides producing and playing for artists live and in the studio he’s busy with his own project “Supermihl & Superfriends”, releasing his sixth studio album “Burning Man EP” with Peter Baltes on bass and Andre Labelle on drums on June 12th.”

Andy Susemihl‘s “One More For The Road” video: