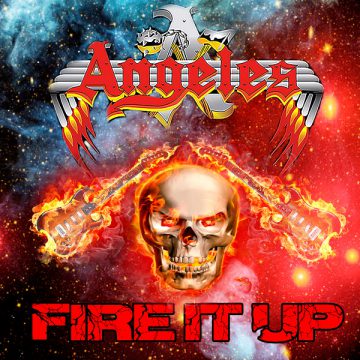 Alpha Omega Press Office‘s press release indicates in part (with slight edits): “Legendary LA rockers Angeles have premiered worldwide their new video for the new album’s title track “Fire It Up.” The video was shot in the desert in Southern California. “Fire It Up” was directed by Pearry Teo and Stars Max Wasa who acted in Porky’s and Scarface. The music video was also shot in 3D.”

Angeles‘ “Fire It Up” video:

Angeles – Fire it Up