Angeline release new album ‘We Were Raised On Radio’ 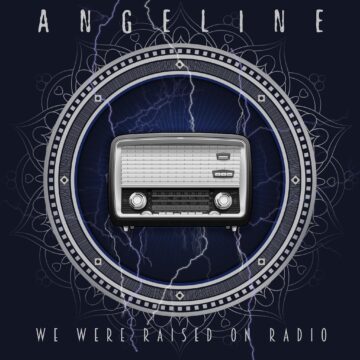 Angeline‘s website indicates the following “Biography” (with slight edits) in terms of the band’s inception to the early ’90s:

“I could write five pages of this band only! Angeline was founded back in the spring of 1987 in a town called Ljusdal in the lower part of northern Sweden. The guys had been playing in other bands before this, but this was truly the first classy act they all played in. The band name was taken from a song title of Paul Sabu‘s, which proves they kept some track of the AOR world! Having been influenced by bands like Bon Jovi, Europe, Iron Maiden and Queensrÿche, they found a suitable style that they all liked something between hard rock and AOR.

In this early stage, Jörgen Sigvardsson was the lead singer, and apart from the members above there was also keyboard player Per Åström. Angeline did their first gig in Fall of 1987 and also recorded their first demo songs shortly after this. They also participated in both Rock-SM and Musik Direkt in 1987 with great success. They finished in second and third place, respectively in these contests. Strengthened by these contests, the band recorded the first “real” demo called The Legend in 1988. It actually made it to third place in a rock chart in England! Some of the guys were as young as 15 or 16 years old at this time, and it was impressive that they could perform such good songs and playing.

1989 proved to be a tough year for the band, though. Singer Jörgen (nicknamed “Sigge“) got real sick and had to be in the hospital for two months. As he also had a bad heart condition, apart from this disease, it was very hard for him to get back in shape after the sickness. They worked with new recordings and even this was filled with problems; the technique was not working 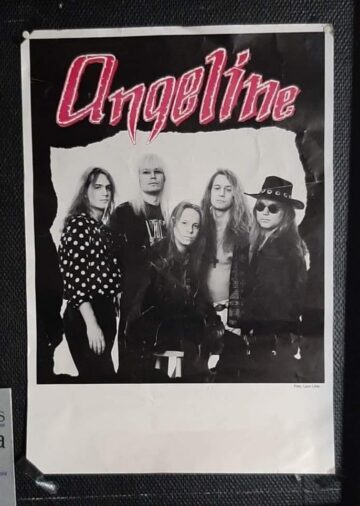 properly. Finally they had their mini-LP Don’t Settle For Second Best released in 1990, on Sigge‘s father’s label Wigwam. Per Åström produced it but actually left the band shortly after the MLP release. But Angeline went on without a keyboard player, because the rest of the band didn¹t mind a rougher sound at all.

But Sigge still struggled with sickness. It forced the band to shorten down their shows. Angeline experienced a nice evening in the end of 1990, though, as they playad at a rock festival with Candlemass, Pretty Maids and some others! At this point, Jocke and Tobbe started playing in cover bands, besides playing with Angeline. They realized it was much easier to get gigs and money by doing covers, which soon made Angeline add more and more cover songs to their live sets. Although they were still writing and playing many new songs of their own, they found it hard to make a decision. Which way should they go? And Sigge didn¹t get better from his illness.

The follow-up to the mini-LP was recorded, with the title Masquerade, but for some strange reason it wasn’t finished. And today all the master tapes are erased of otherwise destroyed, which is really too bad. During 1991 and 1992, there was, however, some demos recorded for example a three-song demo in 1992. It was produced by well-known Mats Lindfors in Park Studio, Stockholm. The result was brilliant! But the melodic side of hard rock had started to lose its glance, so it was hard for Angeline to get a record deal. As if this wasn’t enough, it was also clear that Sigge wouldn’t be able to go on a big tour. The guys had to think about getting another singer, and thus lose a close friend.

The rest of 1992 and also 1993 were a period of not much happening for Angeline. Sigge started a cover band, Cortez and the Killers (doing Neil Young covers only!), while Jocke and Tobbe mostly gigged with their cover bands. But in late spring of 1993, they got a gig in Rimini, Italy! The arrangers wanted them to send down some live material which they didn¹t have (at least not anything with a good sound). So they hired a facility in Ljusdal and put up some recording gear! Eleven songs were recorded live, and Angeline was soon heading for Italy! They did gigs every night for a week, Janne and Sigge went to Genova for a radio interview and the show was later broadcasted in Italian radio. It was a good summer.

Military Service has affected many bands over time. Angeline was no exception to the rule, and in Fall of 1993 it was Uffe‘s turn. Janne went to the USA and Jocke moved to Stockholm. However, in the military service, Uffe met the singer Leif Grabbe from Umeå, who agreed to do an audition. Jocke came home from Stockholm and the guys started to write songs. As Janne came home from the USA for Christmas, a ”new” Angeline was born! The guys added a slight blues feeling to the melodic hard rock, and in April of 1994 the CD single ”Rain” was recorded once again with per Åström as the producer!”