New sleaze rock group Angels In Vein have rejected the label “supergroup” that a number of press entities including Sleaze Roxx have lauded on them.

Back on May 30, 2016, Sleaze Roxx posted a lengthy article titled “New sleaze superstar group Angels In Vein featuring members of L.A. Guns and more” detailing some of the Angels In Vein band members’s past accomplishments.

A number of people have disagreed with naming Angels In Vein a “supergroup” on the basis that only Stacy played on Faster Pussycat‘s most iconic albums while VanDahl, Blades and Farrell joined their respective “big name” groups arguably after the bands’ heydays which arguably could warrant them the label “replacement” rockstars. Blades even embraced the moniker releasing an autobiography entitled Snake Eyes: Confessions Of A Replacement Rockstar. 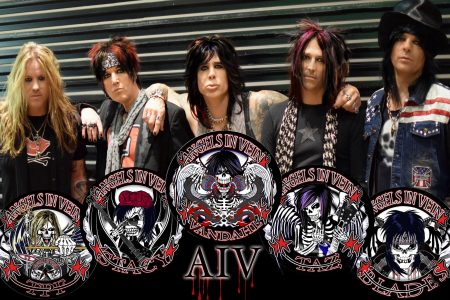 Almost seven hours after reposting Sleaze Roxx’s article without any accompanying comments via their Facebook page, Angels In Vein posted the following message on Facebook late on May 31, 2016:

“Just to be clear about something,
While the band is independently and collectively proud of our past accomplishments we in no way think of ourselves as a “Supergroup”.
If you’ll notice we haven’t made much mention at all of our own histories. The supergroup thing is just the way the press is spinning it.
It’s a little flattering but not necessarily accurate.
What we are, is an American rock ‘n’ roll band with a long history of kicking ass in all our pasts.
All we really care about is making the best music possible and connecting with all the people that help to make what we do worthwhile.???”