Angels In Vein release third single “Trip Of A Lifetime”

New “supergroup” Angels In Vein have released their third song to the public with “Trip Of A Lifetime.” 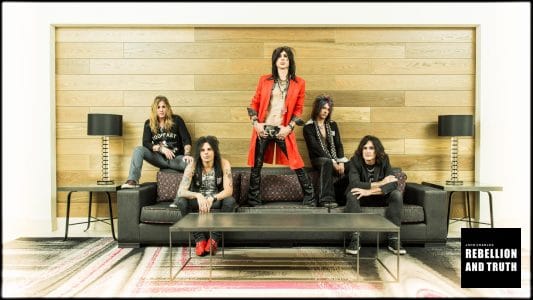 The song’s release follows the release of the singles “No One Gets Out Alive” and “1973”, the latter of which also featured a video.

The release of “Trip Of A Lifetime” is the first single with new bassist Adam Kury replacing former Faster Pussycat bassist Eric Stacy in the Angels In Vein band line-up. Rounding out the band is Chris VanDahl on vocals, Todd “Taz” Anthony and Stacey Blades on guitars, and Troy Patrick Farrell on drums.

Blades and VanDahl were interviewed by Sleaze Roxx back in June 2016. Blades stated the following about Angels In Vein‘s sound: “…I think the sound too, in a way, it’s like nothing is new or original or anything. Everything has been done. But I think what we’re doing sonically, it’s got a new sound. It’s got elements of like Velvet Revolver but it’s also got these ’70s elements too. But like Chris said, it’s got kind of a heavier new sound with different tunings and stuff like that so it’s not such an one trick pony. It’s really got a lot of cool stuff that is translating musically as well and I think that is going to go far.”

Angels In Vein‘s “Trip Of A Lifetime” song:

ANGELS IN VEIN Trip Of A Lifetime (RADIO EDIT)