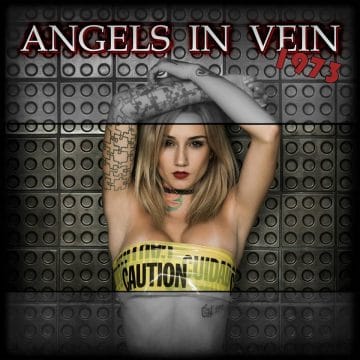 Angels In Vein, which features two L.A. Guns alumni in singer Chris VanDahl and guitarist Stacey Blades, have released an unfinished and unreleased original video for their single “1973” which was originally released along with a video back at the end of July 2016.

Speaking to Sleaze Roxx, VanDahl stated the following about the unfinished and unreleased original video: “This video was produced prior to Stacey joining AIV. In fact, that’s the reason I scrapped it and started fresh in the first place. I just thought it might be kind of cool for people to see where it started before we release new music.”

In other news, it appears that Angels In Vein‘s debut studio album will be called Love Dies Screaming as indicated in the “official” video for the track “1973.”

The group posted the following on its Facebook page today:

“Please Share…???
Happy holidays!
Decided to give you guys a look backwards before the new music hits!
Here is the original previously unreleased and unfinished version of The 1973 video..
Enjoy!”

Angels In Vein‘s unfinished and unreleased original video for “1973” single: