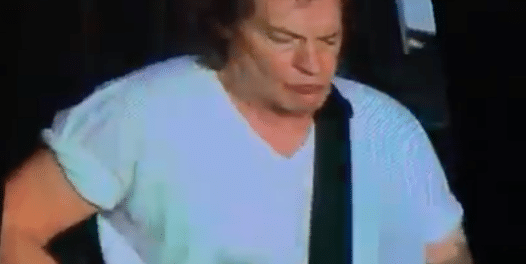 Guns N’ Roses frontman Axl Rose‘s AC/DC bandmate Angus Young joined him and the rest of Guns N’ Roses during the latter’s concert at the ANZ Stadium in Sydney, Australia on February 10, 2017. 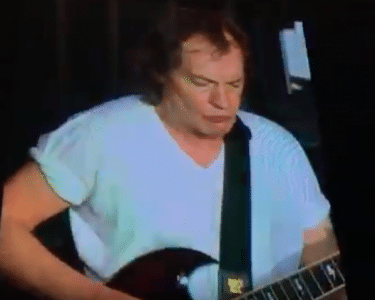 Young‘s live performance was extra special and distinctive in that he wasn’t dressed up in his customary school boy uniform which he wears whenever AC/DC plays live and which he wore when he joined Guns N’ Roses at the Coachella Festival back in April 2016.

Sleaze Roxx stated in its review of Guns N’ Roses‘ concert in Toronto, Ontario, Canada back on July 16, 2016: “There was definitely a great buzz throughout the crowd in the Rogers Centre as people waited for Guns N’ Roses to hit the stage. Remarkably, the legendary rockers were only about 20 minutes behind schedule when they hit the stage with the very strong two opening songs of “It’s So Easy” and “Mr. Brownstone.” Axl sounded great moving around and running at times throughout the stage. His voice has definitely held up quite nicely compared to some of his peers. The band sounded tight with Duff McKagan lean and slim while Slash looked ultra cool with his trademark top hat.”